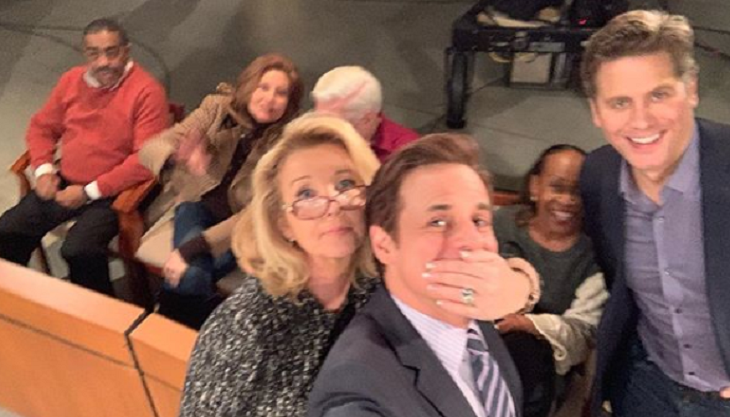 Christian LeBlanc is popularly known as Michael Baldwin on The Young and the Restless. In a recent interview, he shares about the most intense he ever made, a secret about his favorite set, and how he felt about his first Emmy win.

Christian’s acting career began in 1983 and he has been playing Michael since 1991 until today. LeBlanc said that while he acted about great stories over the years, his favorite remains the conflict Michael had with Kevin (Greg Rikaart) and when their mother Gloria (Joan Van Ark) was brought to the scene.

“It really tested my skills and I had to up my game,” he told Soap Opera Digest.

LeBlanc recalled the scene at the hospital with Kevin and Gloria, wherein Kevin was fighting for his life and Michael freaked out. He said that it “had a degree of difficulty and I was alarmed that this was stuff I could do honestly.” But that scene, with a team effort from both Greg and Joan, was one that made him a better actor.

He also talked about his co-stars, and one that he fondly remembers is the late Jeanne Cooper. Because of Jeanne, LeBlanc’s favorite set is the staircase in the Chancellor mansion. It was where Jeanne had her last scene on the soap, she walked up those stairs and said goodbye to Jill (Jess Walton) at the bottom.

“No other set affects me like that one just because of the history of it.”

Of his first Emmy win in 2005, where he received the Outstanding Lead Actor award, he said he cried when got to the podium because his father was right in front of him. He knows his father was proud of him.

“Whatever you get in life, it’s because of people who lifted you up, higher than you thought you could.”

The Young and the Restless Poll: Will J.T. Storyline Finally End This Month? Vote Now!