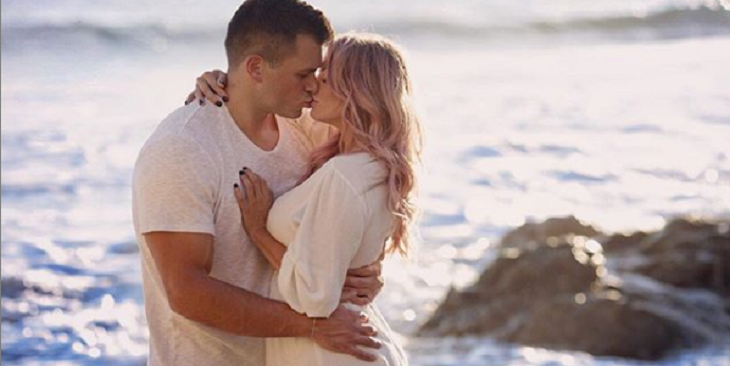 Another Big Brother couple has hit the skids. Mark Jansen and Elena Davies, who started dating in September 2017 after competing BB19, have broken up. Jansen, who once described Davies as the “future Mrs. Jansen,” detailed the breakup in the Monday, March 4, episode of his podcast “Find Your Fortitude” — a 45-minute installment titled “Losing a Loved One” which he said he recorded around two weeks after the couple’s split.

In the podcast, the 27-year-old said he had followed Davies, 28, to Texas because he was in love with her and wanted to “start a family, start a life” with her. But as a self-described “Mr. Positivity,” he found it tough when Davies would speak ill of their relationship on social media and in podcasts.

Jansen’s comments in the podcast are a far cry from what he exclusively told Us Weekly in February 2018. “I cannot imagine the rest of my life without her,” the New York native said of Davies at the time. “So, as long as she doesn’t get sick of me, there will be a wedding in the near future.”

Finally…. I got the HOH I deserve! @headbandsofhope, that is. With every item purchased from HOH, one is donated to a child battling cancer. So, no, it doesn’t come with the power to evict my enemy but it does come with a cute new hair accessory and the feeling of fulfillment for giving back. PS: I love a quality Sunday brunch. Who is with me?

He added: “I love everything about Elena. She is an enigma, she has depth and she challenges me on so many levels. Never in my life have I been this happy.”

When asked what she loved about him, she said, “I think what stands out most to me is the way that he makes me feel. The way he loves me is extraordinary and he somehow erases all of my insecurities and makes me feel like I actually deserve him.”