The Young and the Restless Spoilers: Devon Curious About Ana’s Secret — What Is She Hiding? 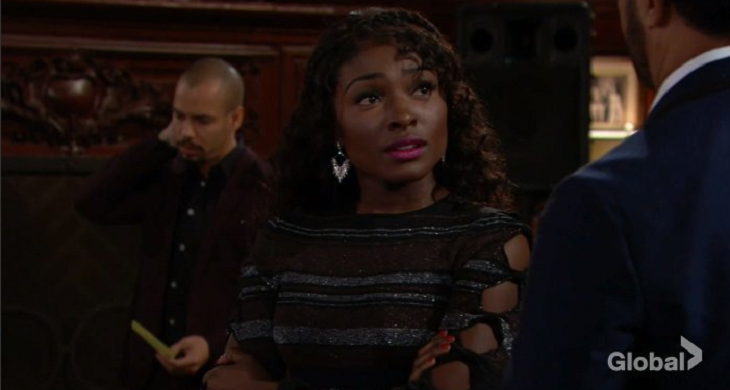 The Young and the Restless (Y&R) spoilers tease that Devon Hamilton (Bryton James) will start to get more intrigued about what Ana Hamilton (Loren Lott) is hiding. Ever since she returned to Genoa City, she’s been pretty secretive about what her life was like when she was away. She skirts most questions about her past and offers little detail about what she did outside of GC.

Of course, Devon can’t help but notice that Ana also avoids the spotlight at all cost. She covered up the fact that she wrote Fenmore “Fen” Baldwin’s (Zach Tinker) hit song, and she has rejected all of Devon’s suggestions that she become a performer again. But she hasn’t provided any decent reasons for wanting to avoid the spotlight.

And so Devon is starting to suspect that Ana has something in her past that she’s hiding, or possibly running from. She has mentioned having a considerable amount of debt in the past that she accumulated from living the high life on her credit cards. One possibility is that she owes someone money and she’s trying to keep a low profile from that person in GC.

Devon to Ana: I just don’t see how anyone could follow Hilary.

She is a tough act to follow for sure.

I am just tweeting this pic of them because it is cute. #Hevon #YR pic.twitter.com/oMhiPppycF

Does Ana Owe Someone Big Bucks?

Or perhaps Ana made an enemy in the music business that she’s trying to avoid. She’s mentioned having been burned by another label after she signed away the rights to some of her songs. Perhaps Ana doesn’t want the bad blood she created with someone else to now rub off on Devon’s label.

Or, perhaps Ana is running from a past love. She may have had a bad breakup and doesn’t want to be found. This would explain her being reticent to get her name and her talent out there in the world.

Whatever the case, Ana’s hiding something, and now Devon seems determined to find out what it is. But chances are, Ana’s not going to be too happy to have Devon snooping around in her business, and she’ll probably be pretty peeved at him once he gets to the bottom of what she’s hiding.