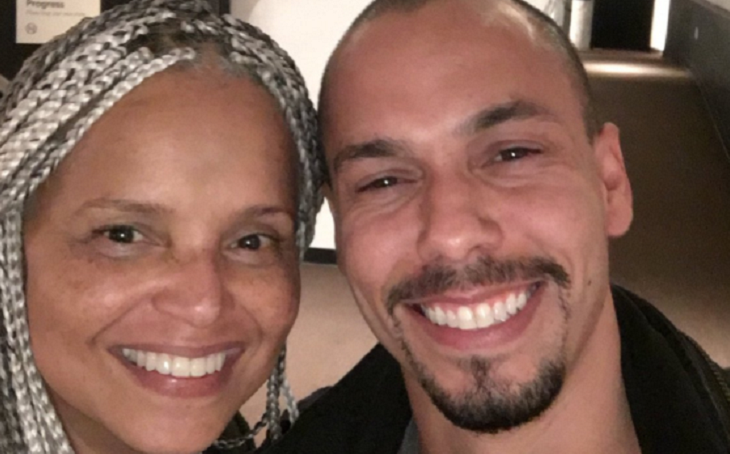 The Young and the Restless star Bryton James (Devon Hamilton) has reunited with his onscreen adoptive mother, Victoria Rowell, who played Drucilla Winters. The former co-stars reunited at the UMC Screening event at Neuehouse Hollywood.

Victoria Catches Up With Bryton

“Reunited with @BrytonEjames at the https://umc.tv/jj screening — at #NeuehouseHollywood dedicated to #kristoffstjohn,” Rowell shared on her Twitter post. James shared Rowell’s post and commented, “Couldn’t love you more @victoriarowell.”

Dru was Neil Winter’s (Kristoff St. John) onscreen wife on the Young and the Restless. She was last seen in Genoa City in 2007 after she fell off a cliff. She was intervening in a fight between Sharon and Phyllis when she lost her footing and fell on the river. At the time of this writing, Dru is presumed dead.

Rowell has Stayed Busy After Y&R

Rowell appeared in other TV series such as “Law & Order: Special Victims Unit,” “The Rich & the Ruthless” and “Jacqueline and Jilly.”

She recently appeared on Steve Harvey Show, along with Doug Davidson (Paul Williams), to remember Kristoff.

“His departing this earth comes to me in waves. I have moments of reprieve and then I’m in disbelief because it seems impossible that such a big spirit would be gone,” Rowell told Harvey.

She fondly remembers how St. John loved his Y&R fans. “Kristoff was the kind of person that if he was running through the airport, people would follow him right into the bathroom because they just thought they had it like that with him … It was just beautiful to watch him interface with his fans,” she shared.

Kristoff died on February 3 and was laid to rest on March 4. He was buried next to his son, Julian St. John, who died in 2014.

In his Instagram post shortly after Kristoff’s death, Bryton said he was lucky to experience Kristoff’s spirit, love, and talent firsthand. “I can only say thank you forever for loving me, guiding me, protecting me, & for teaching me every day how to choose to find the levity in life no matter what,” he wrote. “I will never stop making you proud. I love you. My man.”