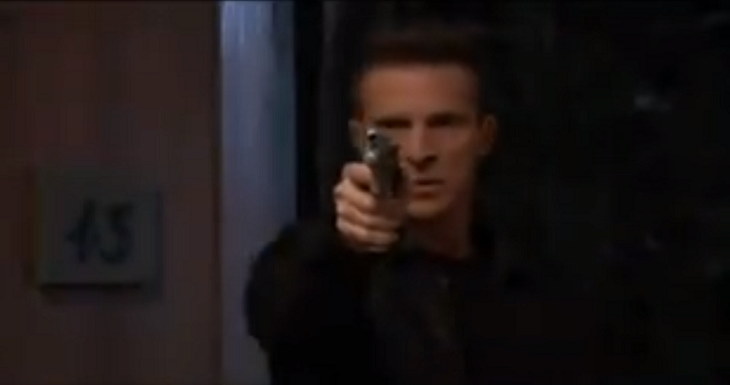 GH viewers can’t help but wonder what she asked him, but you’ll have to watch tomorrow and find out! Here’s what you need to know about what’s ahead.

Over with Kristina Corinthos-Davis (Lexi Ainsworth) talks to her sister Sam McCall (Kelly Monaco), possibly about going deeper into Day of Dawn. She asks her, “Is that what you want? To go back to that kind of life?” presumably meaning her pre-DOD life. Then their mother, Alexis Davis (Nancy Lee Grahn) answers her door to someone and asks what she can do for them. Could it be Neil Byrne (Joe Flanigan)?

In Turkey, Robert Scorpio (Tristan Rogers), says to someone, presumably Sonny Corinthos (Maurice Benard) “We’re at the right place”. This should be an address someone has given them concerning a lead about the whereabouts of Dante Falconeri (Dominic Zamprogna).

TODAY ON #GH… Ava sees what’s in Ryan’s trunk. Plus, Laura makes her way to Niagara with Jason and Kim rushes to Oscar’s side. Don’t miss it! #GH55 #GeneralHospital

Then, back to Port Charles, and Valentin Cassadine (James Patrick Stuart) is talking to Sasha Gilmore (Sofia Mattsson) about Nina Reeves (Michelle Stafford) and their deal for Sasha to play Nina’s long-lost daughter. He tells her, “We’re giving her something she wants above all else.” It sounds like Sasha could be having second thoughts about the deal!

Carly Is In Trouble

At Niagara Falls, Jason Morgan (Steve Burton) tells Laura Collins (Genie Francis), “Ryan (Jon Lindstrom) and Ava (Maura West) are headed for Canada!” Meanwhile, as Carly Corinthos (Laura Wright) lays unconscious, presumably at the bottom of the footbridge that goes to Canada, Ava tries to convince Ryan to let her call 911, telling him, “We can make this right…let me call 911!”

Back in Turkey, Sonny is obviously talking to someone at the address given as a lead to Dante’s whereabouts, asking “Is my son dead?”