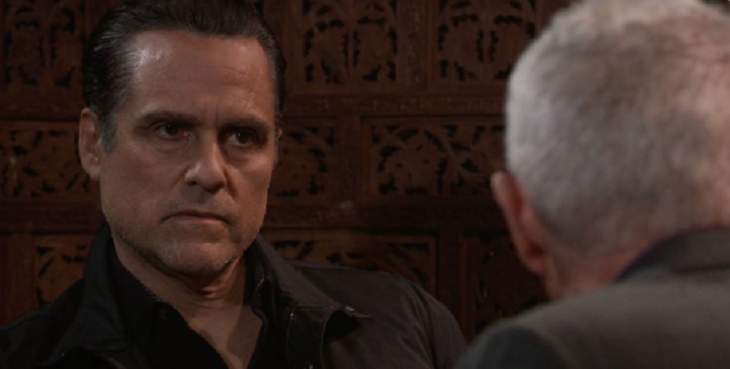 Welcome to your Thursday, March 7 General Hospital recap! We begin our day in Ankara, Turkey where Robert (Tristan Rogers) and Sonny (Maurice Bernard) are discussing what happened previously and the Dante situation. On the road to Niagra Falls, Jason (Steve Burton) and Laura (Genie Francis) are racing to find Ryan (Jon Lindstrom). At the hospital, Liz (Rebecca Herbst) and Drew (Billy Miller) are discussing the Franco (Roger Howarth) situation.

At the hospital, Kim (Tamara Braun) finds out what happened to Oscar (Garren Stitt) and is discussing it with Drew and Liz. Kim and Drew grab a helicopter to Niagra Falls to see Oscar.

GH spoilers state that Lulu is talking to Chase at the hospital where he explains that Ryan is the real killer. Lulu suddenly remembers it was Ryan who stabbed her and Ryan that must have hypnotized her.

Oscar's medical emergency shakes Kim and Drew to their core. How quickly can they get to Niagara Falls? #GH is brand-new and STARTS NOW on ABC! @TamaraBraun #GH55 pic.twitter.com/ecSs7FXHyw

Cameron (Will Lipton) runs right into who he thinks is Kevin, but we know its Ryan. Cameron gets a call from Trian (Tiana Le) and is able to get away. The kids show up at the hospital to go check on Oscar, who is awake after the seizure. Elizabeth calls Cameron and says that she’s proud of him for helping Oscar. Elizabeth tells him about the Kevin/ Ryan situation and Cam realizes that he just ran into Ryan! Trina and Cam discuss that Ryan is the killer and that Franco was innocent all along. Kim and Drew show up at the hospital in Niagra Falls.

Ava (Maura West) is looking for her shoes and opens the trunk of the car. Before she can see that Carly (Laura Wright) is in the trunk, Josslyn (Eden McCoy) walks up. Josslyn explains why she’s in Niagra Falls and then leaves to go to the hospital. Ava walks up to the open trunk, shocked to see a bound and gagged Carly.

Ava's in for a shock when she sees what Ryan has hidden in his trunk. Can she get Carly out alive? @lldubs #GH55
Tune into a terrifying, new #GH – STARTING NOW on ABC! @MauraWest pic.twitter.com/7AYMVQ3c6H

Suddenly “Kevin” walks up behind her and says “surprise!” with a big smile on his face. Ava freaks out and thinks that Kevin must be having a breakdown as she goes back to the room.

He returns and “Kevin” says that Carly is a wedding gift for her, as Ava looks on shocked. “Kevin” says that he’s dropped Carly off about 5 miles away, as Ava asked if she’s okay? Ava plays along about still saying their vows, but is obviously terrified.

Sonny Gets Closer To Dante

The men are waiting for an informant who may be able to help them find Dante (Dominic Zamprogna.) A palm reader approaches them and asks to read Sonny’s palm. She warns him to be careful, but that someone he loves is in danger.

Jason’s On The Case

On the road to Niagra Falls, they discuss how they ended up in this predicament. Jason explains about the patient named Todd Wilson who was next door to Carly at Ferncliff. Jason explains that he found Carly’s cellphone in the hospital parking garage. Elizabeth calls them and says that Cam ran into Ryan, she gives them the name of the hotel. Jason and Laura arrive at the hotel.

Laura and Jason's unlikely pairing may mean the end of Ryan Chamberlain, West Coast. It's only a matter of time before he kills again. #GH55
An all-new #GH STARTS NOW on ABC! @GenieFrancis @1SteveBurton pic.twitter.com/nrqSc2H03q

We now see Carly laying out in the snow unconscious, as Jason busts into Ava and “Kevin’s” hotel room with a gun!