General Hospital Spoilers: Carly Makes A Desperate Move To Save Her Life — Is She Playing Dead? 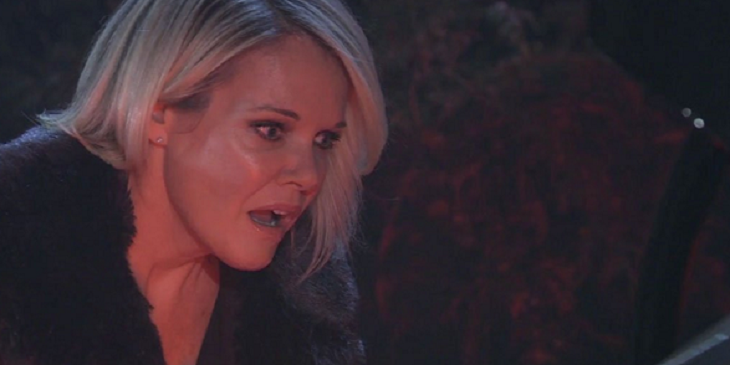 General Hospital (GH) spoilers tease that Carly Corinthos (Laura Wright) may have taken a page from Felicia Scorpio’s (Kristina Wagner) playbook and played dead to save her and her baby’s life! Longtime GH viewers may recall that in 1993, Felicia played dead to escape Ryan, and even took it to the point of “haunting him” through closed-circuit broadcasts to his TV and emails from his dead mother! There was even a memorial service, but the latter was part of a plan to trap him after she initially played dead so she could escape.

Is Carly Going To Play Dead?

GH fans will also have noticed that when Ava Jerome (Maura West) opened the car trunk in the episode of March 7 and saw Carly, she opened her eyes briefly. She may have heard Ava and Josslyn’s (Eden McCoy) conversation outside since the trunk was open, but Ava had not looked in it yet.

Also, Carly’s mouth, hands, and likely her feet as well were bound with duct tape. When Ryan took Ava to see what he did with Carly (which initially sounded like he threw her over the falls!) she had no duct tape on her, where she laid on the ground, which appeared to be under the footbridge. However, she was unconscious again.

Did Ryan Make A Mistake?

Is Ryan really getting so stupid that he didn’t check her pulse before throwing her down there? He probably would not have removed the duct tape if he thought she was still alive! But then, when Felicia played dead he obviously must not have checked her pulse,  either! Some doctor!

It’s more likely that he is so impressed with his killing skills (and himself!) that he thinks he doesn’t have to check if his victims are dead! After all, he didn’t even ask Cameron Webber (William Lipton) if Franco (Roger Howarth) was still alive! 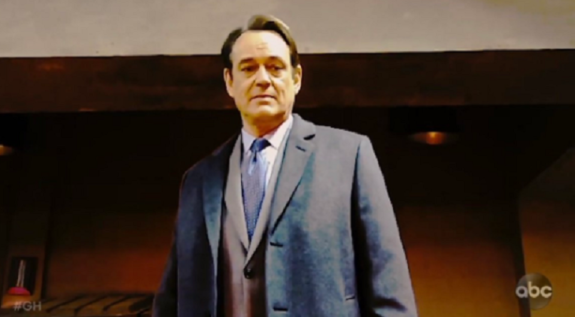 Perhaps the metal structure under the bridge is part of a water release system that takes in overflows from the falls; and he might be counting on flooding to finish the job and that Carly won’t wake up before the water rushes in to drown her and carry her out and down the river; but it’s more likely that she looked dead and he didn’t check her pulse to make sure.

Keep watching GH and keep checking General Hospital spoilers frequently to see if Carly lives or dies, and if she miscarries or the baby makes it to full term!