The Bold And The Beautiful Spoilers: Zoe Kept The Beth Secret — Should She Face Charges? 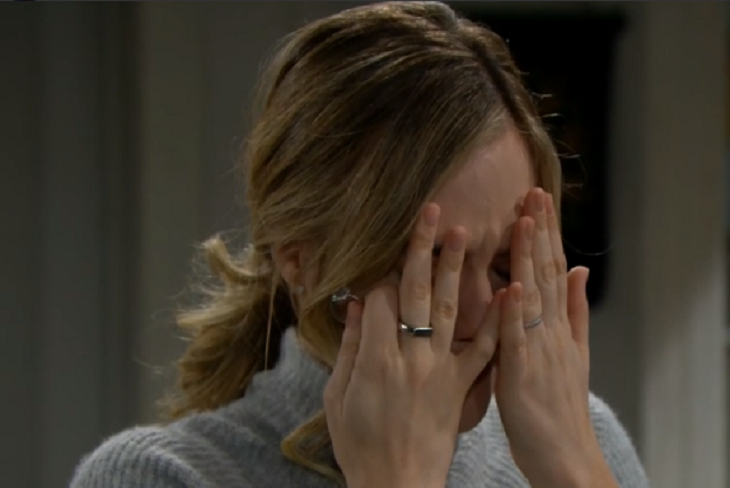 The Bold and the Beautiful (B&B) spoilers tease that Zoe (Kiara Barnes) will face charges in helping to cover up the baby switch. It seems like the baby swap will be coming out sooner rather than later, which is good news for viewers who hate the story. However, it’s bad news for all the characters involved including Reese (Wayne Brady) and Flo (Katrina Bowden).

How Will The Baby Reveal Go Down?

With Reese being the mastermind behind the baby swap, he’ll be charged with kidnapping. The Bold and the Beautiful spoilers say that Flo was an unwilling accomplice in the scheme and she’s sure to be in trouble too. As for Zoe, well it’s hard to say whether she’ll be charged or not.

While she wasn’t directly involved in the swap, she did learn the truth and kept it a secret. Since she didn’t say anything, she could be charged with aiding and abetting because she helped her father in his plan.

Zoe is trying to protect her dad. Would you keep your family safe or reveal the truth? #BoldandBeautiful

If she is charged, Zoe could be facing jail time along with her father and Flo. However, with most soap operas, characters hardly face prison time. So will this be another situation where none of the characters go to jail?

There’s No Way Around It — Reese Will Go Down

B&B spoilers point out that Reese did commit a major crime, he kidnapped a baby and gave it to another woman. There’s no way he’s getting off scot-free. Hope (Annika Noelle), Liam (Scott Clifton), and the rest of the family will make sure he’s sent to prison. As for Flo, it’s doubtful she’ll go to jail and she’ll probably be given probation.

If you were Zoe or Flo, would you tell Hope the truth? Tell us what you think in the comments below! #BoldandBeautiful

As for Zoe, even though she kept the secret, she won’t be charged with any crime. While she’ll avoid legal trouble, Zoe may lose a lot more. When the Forresters learn she knew about the baby switch, they’ll boot her from the company. Aside from her job, Zoe’s relationship with Xander (Adain Bradley) could come to an end when he learns about her role in the baby swap.

The Bold and the Beautiful Spoilers: Hope Is Losing Herself– Can Liam Save Their Marriage?

Do you think Zoe will be charged for her role in the baby swap?