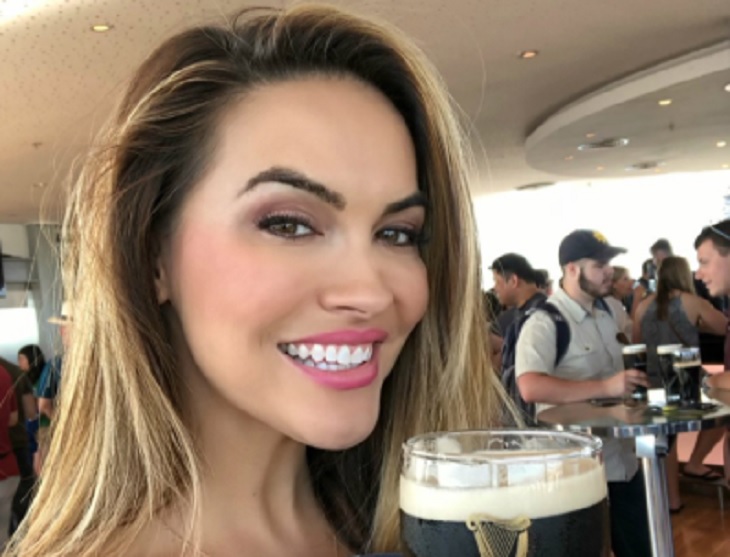 Days of Our Lives fans would be able to see Chrishell Hartley (Jordan Ridgeway) in some real-life drama. Hartley is starring in “Selling Sunset,” a reality series coming soon on Netflix.

Hartley’s fans will be able to watch her in her career as a realtor associate for The Oppenheim Group. The high-end real estate company is run by twin brothers, Jason and Brett Oppenheim. They sell luxury homes to wealthy buyers in the Sunset Strip or Hollywood Hills, and their brokers are kick-ass women. The drama begins when a newcomer, Chrishell, has been added to the group.

The trailer shows that the girls did not react well to the news of having someone new. One of them says Chrishell needs to prove herself and she needs to work hard as much as they do. “You need to prove you’re serious about your job like the rest of us.”

Days Of Our Lives Spoilers: Chloe And Stefan’s Steamy Kiss– Can She Make Him A Better Man?

Hartley shared the trailer on her social media accounts, and added, “I had my work cut out for me in this group.” The trailer showed a few scenes where Hartley argues with the other members of the team.

Chrishell revealed that Brett and Jason have warned her about the girls, particularly Kristine. “It does kind of feel like high school,” Hartley said. “My family moved and I started a new school in 9th grade. So I was the new freshman trying to fit in. This experience felt a lot like that only I have better clothes.”

Hartley discovered her passion for real estate profession when she decided to become a realtor to negotiate for her own interests. Later, she was able to represent significant estates until she earned the recognition as a neighborhood expert.

Days Of Our Lives Spoilers: Brady Cautions Rex About Eric’s Past https://t.co/yWzMKpEz9y pic.twitter.com/zNM8PpHvbZ

Chrishell Hartley recently returned to “Days of Our Lives” after four years of hiatus. Jordan came back for her brother, Ben Weston, as she thought he has become someone like their abusive father, Clyde. However, she kidnapped Ciara Brady and Charlotte DiMera and tried to kill Kate Roberts. Now, she’s been sent to Bayview.

Watch out for Hartley’s “Selling Sunset” dropping on Netflix on March 22!