The Bold and the Beautiful Spoilers: Flo’s Guilt Is Overflowing, Will She Spill The Truth? 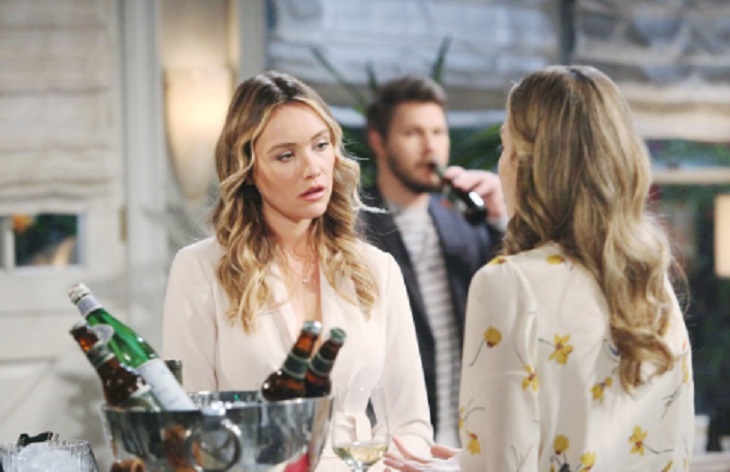 Florence has met Hope and Liam, and the more she gets to know how they are dealing with their loss, the more guilty Flo is feeling. She is under great pressure now, and she’s been desperate to tell them the truth.

This week, when Flo was invited by Wyatt for a dinner with Sally, Hope and Liam, she has started to crack under pressure. She has asked them not to hate her, and that she wanted to say something about Phoebe.

Viewers are surely left on the edge of their seats while waiting if Flo will finally come clean. However, “The Bold and the Beautiful” spoilers for the coming week suggest that Flo was not able to tell Liam and Hope the truth.

Flo might just come up with another story, like how devastated she was after she gave up her baby. Spoilers also said that she will tell Dr. Reese that she can no longer keep his secret. Reese will try to convince Zoe and Flo not to reveal the terrible act he did, so the baby switch secret would remain a secret for a while, perhaps until Jacqueline MacInnes Wood (Steffy) comes back from maternity leave.

“The Bold and the Beautiful” spoilers reveal that Steffy will tell Liam and Hope about her future plans to leave Genoa City with Kelly and Phoebe. This is after Steffy’s mom has also advised her to fight for Liam and give the girls the complete family that they deserve. But Steffy has other plans, and she does not want to ruin Hope and Liam’s marriage. Meanwhile, Hope will feel devastated upon learning about Steffy’s decision. She has grown fond of Phoebe (because she’s actually her baby Beth), and with Steffy bringing her out of town, it’s like losing a child all over again.

On one hand, the baby swap secret would still be at risk of being revealed. Because of Wyatt and Flo’s past romance, Sally will become jealous. Spoilers reveal that Wyatt will reiterate her commitments to Sally and her new business. But it won’t be long enough before someone catches on. Sally will make a remark that would trigger the truth that Flo is not Phoebe’s mother. By then, Flo might have no choice but to spill what she knows.