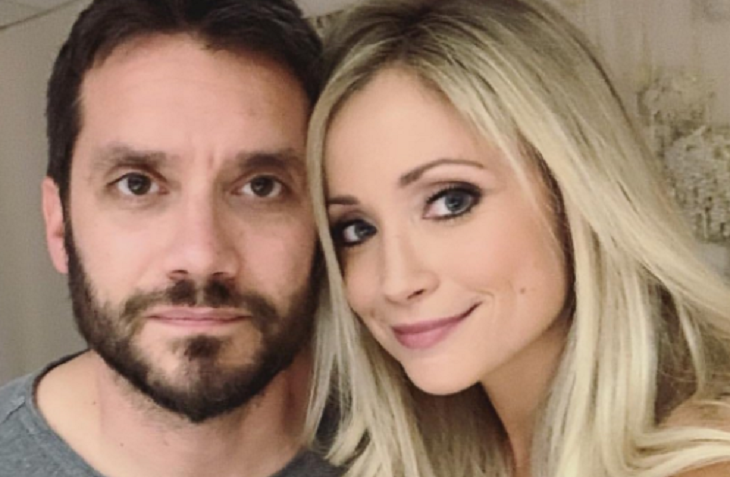 General Hospital (GH) star Emme Rylan (Lulu Spencer) reveals a few spoilers about Dante’s (Dominic Zamprogna) return to the ABC soap opera. She said that if she was a GH fan, she would be sad after watching the scenes. And, she revealed that Lulu and Dante will reunite for a moment and it will be a tear-jerker. Here’s what you need to know about what’s ahead for Dante and Lulu on GH.

Rylan said that she knew in advance that Zamprogna was coming back for a small arc. She had talked to him about it and he disclosed how they want the storyline to play out. She was happy he was coming back, but sad too. The sadness stemmed from the fact that he would only appear for a handful of episodes.

While Emme is sad that Dante will not stick around, she understands and encourages her friend to take a risk and look for work outside of the secure world of GH. She said she hears about his auditions often as they talk often via text.

Lulu thinks going back to her office will help fill in the blanks… but is she underestimating the emotions that'll come with it? @teenystweeting
Tune into a dramatic, new #GH – STARTING NOW on ABC! @EmmeRylan pic.twitter.com/jkUd2jHzaE

Emme said the moment that Dante and Lulu reunite on GH will be emotional. Most of the fans will feel it and it will be a bittersweet scene. She said it will be sad in a way as the General Hospital viewers know that Dominic will not be staying. However, she’s heard that there is some talk of Dante’s character coming back via recast.

General Hospital spoilers state that Dante will reunite with his dad, Sonny (Maurice Benard) and Lulu. He will appear in a handful of episodes, which will probably lead to his recast stepping into the role.

Robert has good and bad news about Dante's current situation. Which would you like to hear first? @MauriceBenard @EmmeRylan
Tune into a tense, new #GH – STARTING NOW on ABC! #GH55 pic.twitter.com/5nIgl1oRpm

Rylan said it was good to have him back and have Dante back in the storylines. She loves Lulu and Dante’s relationship so she is hoping that the soap opera can keep it alive even if that means another actor steps into Dominic’s shoes.