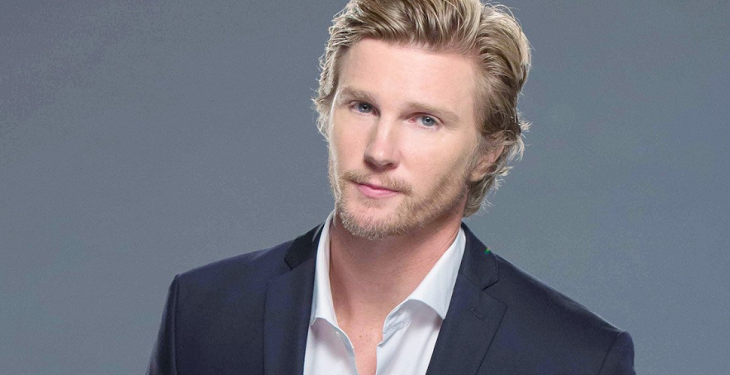 The Young and the Restless (Y&R) spoilers tease that J.T. Hellstrom (Thad Luckinbill) will be coming back on the scene. There is no word on how he will return. The fans are busy debating online if the handsome stud is alive or dead. They won’t have to wait long until he returns to the show.

Amelia Heinle not only played J.T.’s significant other on the show, but she was married to the actor, Thad. They divorced several years ago, but they remain very close friends. A popular rumor online claimed that Amelia had an issue with the abusive storyline and she almost refused to do it. Heinle opened up to Soaps In Depth and revealed how she felt about the plot. Here’s what you need to know about her interview.

There is nothing stronger than a parent’s love for their child. ❤️ #YR pic.twitter.com/zepUfV6ATG

Amelia And Thad Are Close

Heinle revealed that she and Luckinbill are extremely close friends. They are raising two children together and they believed after their separation, it was important the kids see them as a team. And, because she is so close to him in real life, she wanted to take on this emotional storyline.

Amelia explained that it was a storyline she had to do with someone she trusted. She said the depth of the emotions you have to muster up to make it believable, is hard to do. She was able to do it because she wasn’t scared to feel vulnerable to her ex-husband.

The Y&R actress said that abuse is a very hard subject, but it is the reality of many women – and men too. She said that before doing this storyline, she didn’t know how much damage mental abuse did to the victim. She added that at fan events, women have told her their stories and it was extremely eye-opening.

Amelia said that she isn’t sure where the rumor came up that she refused to do the storyline. In fact, she isn’t sure many actors would as it is full of meaty content. It sounds like she busted that unfounded rumor and she is enjoying the storyline, as well as Thad’s return to the soap world.