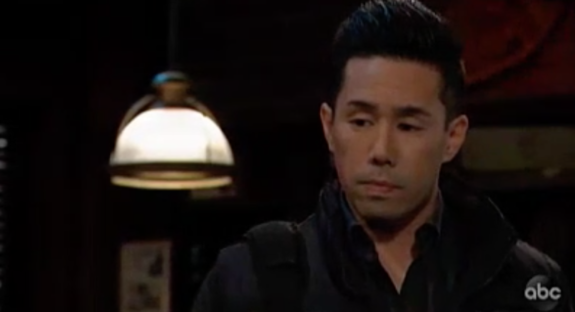 Welcome to your Tuesday, March 12th General Hospital recap! We begin our day at General Hospital where Carly (Laura Wright) is in a hospital bed recovering. She thanks Jason (Steve Burton) for saving the baby. In Turkey, Sonny (Maurice Bernard) is getting coffee when a kid tries to pickpocket him.

At Charlie’s Pub, Willow (Katelyn MacMullen) is doing schoolwork when Brad (Parry Shen) walks in and questions why she is always there. Michael (Chad Duell) walks in and asks about Wiley. At the Metro Court, Sasha (Sofia Mattsson) and Valentin (James Patrick Stuart) are discussing their scheme against Nina (Michelle Stafford). Sasha knows what Maxie (Kirsten Storms) and Peter (Wes Ramsey) are up to.

Maxie Schemes Against Valentin And Sasha

Maxie and Peter discuss the DNA test when Nina appears. She covers up that she found a grey hair and is going to get her hair dyed. Liesl (Kathleen Gati) shows up and says she needs to talk to Peter about her column. The column will be on the DNA of the mentally ill. Nina interrupts Valentin and says she needs to take Sasha wedding shopping. At the hospital, Maxie asks Brad for help with the DNA test. Valentin is seen sneaking outside the lab room. 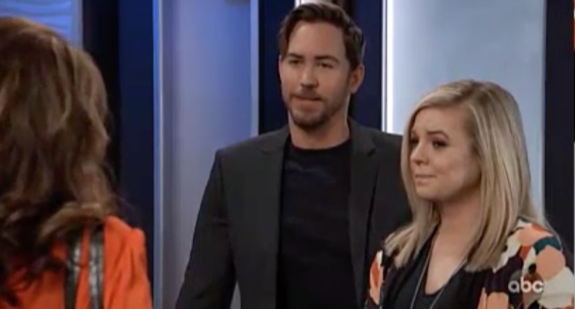 Oscar Is At The Hospital In Niagara

Oscar (Garren Stitt) says to Joss (Eden McCoy) that they should still go see the waterfalls. Kim (Tamara Braun) comes in and says that won’t be possible they need to return to Port Charles. Jason shows up at Oscar’s room and asks Jos why she is there.

Joss explains what happened and Jason relays about her mother being at the hospital as well, they go see her. Oscar tells Drew (Billy Miller) that he wants to “be with” Joss before he dies. Drew thinks he’s too young and that being intimate is a big step. Josslyn returns and they all decide to leave and head back to Port Charles.

Sonny Looks For Dante In Turkey

The pickpocket kid begs Sonny not tell the police. Sonny asks the kid if he can help him get some information. Sonny shows him a picture of Dante and the boy thinks he may be lost forever. 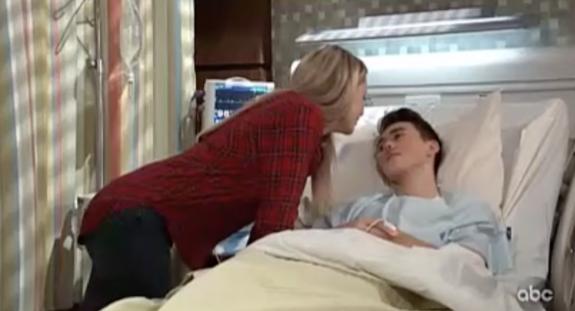 Carly Is Recovering The Hospital

She asks Jason what happened that led to all of this craziness. She gets aggravated when she finds out that Ryan (Jon Lindstrom) made the Ferncliff switch on Labor Day. Jason explains that they found Ava and Ryan on a footbridge headed to Canada.

Jason says that he saved Ava and that she’s the one that told him her location in the ravine. Josslyn enters Carly’s room and asks why she is there. They discuss the Niagra trip and Joss apologizes for lying. Carly tells Joss that she’s pregnant! Joss is shocked and says exactly what we all have been thinking, “Aren’t you a bit old to be pregnant?”  Joss tells Carly about their plan to have sex, but it was thwarted by the seizure. Joss leaves and Jason returns.

Michael asks Brad if he can look at the latest baby photos and asks how Wiley is doing. Brad says he has started crawling and then leaves quickly. Willow and Michael discuss their losses and she’s impressed by his perseverance. Nina comes into Charlie’s and makes a beeline for Willow.

She finds out that Willow is dating Chase. Michael is leaving and Willow decides to see him out. Nina asks Sasha if she’s interested in Michael.

Carly is crying and thinking about how she almost died in the ravine after falling. She’s grateful that he saved her, as they hold hands. In Turkey, Sonny and the pickpocket kid head out to find Dante…. cut to tomorrows preview