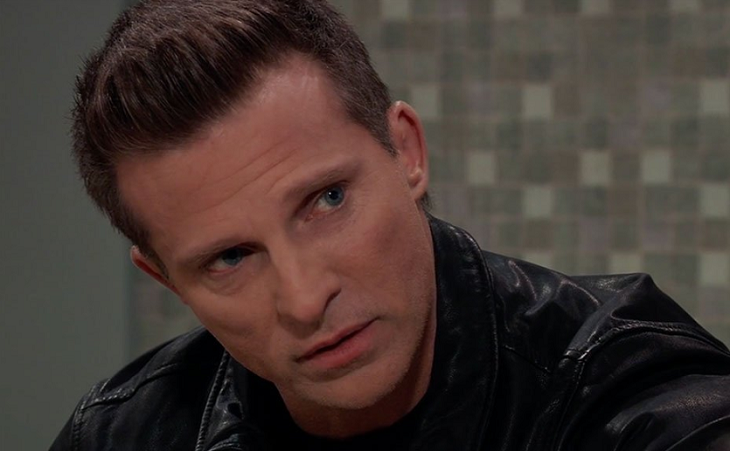 Liz is already upset about what she deemed as “lies” from Franco Baldwin, (Roger Howarth) even though Jordan Ashford (Briana Nicole Henry) had sworn him to secrecy. So this conversation between mother and son should be epic!

Then we see Valerie Spencer (Brytni Sarpy) talking to Kristina Corinthos-Davis, (Lexi Ainsworth). She tells her she feels like she’s losing her friend. This scene is probably about Kristina’s going deeper and deeper into Dawn of Day, and leaving her outside friends behind.

In real life this could actually be a goodbye between the two actresses, since Brytni has started work on another soap. She must have filmed some exit scenes, or possibly transition scenes, if a recast is pending.

Speaking of Dawn of Day, what many General Hospital viewers suspected must be true. Shiloh Archer (Coby Ryan McLaughlin) is in a serious conversation with Harmony (Inga Cadramel), who wants to know what happened to the man who professed his love for her. Meanwhile, Sam McCall (Kelly Monaco) talks to Jason Morgan (Steve Burton) about Dawn of Day, and has come to the conclusion that they can call it a cult!

Was Kevin the one who rescued Ryan from the fun-house fire and kept him in mental facilities ever since, or did someone else and Kevin found out later when he encountered him in Ferncliff or another facility?

Ava Jerome (Maura West) wants to know if Ryan is still alive. She talks to Franco about her recent traumatic experiences and tells him she hopes Ryan’s alive, because she wants to kill him! Will he show up alive? Stay tuned to GH and keep watching General Hospital spoilers frequently to see what happens!