Bold and the Beautiful Recap Thursday, March 13: Steffy Leaving The Drama Behind For Paris– Bill Talks Business With Sally 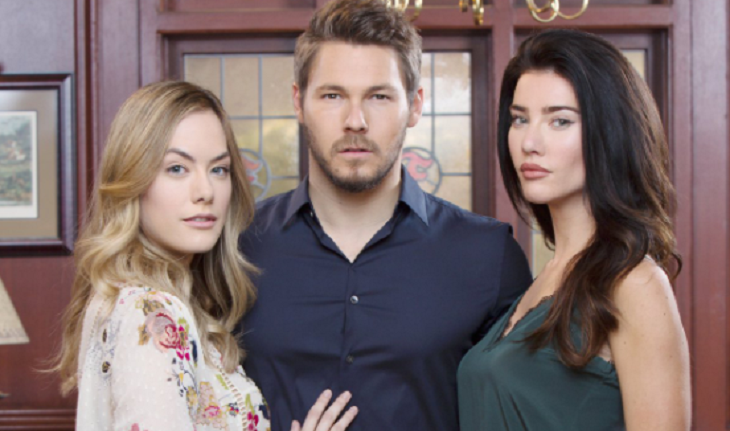 The Bold and the Beautiful (B&B) recap for Wednesday, March 13 finds Steffy Forrester (Jacqueline MacInnes Wood) is heading to Paris. Liam Spencer (Scott Clifton) and his wife Hope Logan (Annika Noelle) are stuck on what to do next. Elsewhere, Donna Logan (Jennifer Gareis) is fishing for more information about Brooke Logan (Heather Tom) and what might be going on between her and Bill Spencer (Don Diamont).

At the cabin, Liam takes a call from Steffy. She tells him that she wants to see him and Hope and soon as they can come over. At Forrester Creations, Katie and Donna talk about Bill. They see all of the great strides that he has done for his family. Donna mentions to Katie that she looks happy again and that she can that Katie and Bill have been making great progress together. Talk then goes to whether or not Katie would ever consider getting married to Bill again. Katie explains that she’s been there, done that and that she doesn’t need anyone setting her up with her ex.

At Spencer Publications, Wyatt Spencer (Darin Brooks) and Sally Spectra (Courtney Hope) get to work with Bill and Justin Barber (Aaron D. Spears). They go over some business issues before talk turns to Bill and Katie. Bill says that they are simply co-parents, that’s all.

Justin and Wyatt both give him a knowing look. Bill insists that he’s not looking to get into anything serious with Katie, however, he does look forward to repairing his relationship with his sons. Donna then appears at the office and tells Wyatt and Sally that she thinks they should set Katie and Bill up. Apparently, both are headed to the romantic hotspot Il Giardino and don’t even know it.

Over at the cliff house, Steffy sits Liam and Hope down before telling them about her new plan. She wants to travel to Paris to make sure that everything is running smoothly at Forrester International. She’s be bringing both her girls, Baby Kelly and Baby Phoebe, and their nanny. Hope, meanwhile, can’t help but reveal how much she is going to miss the girls and thinks that Liam is going to miss them, too.

Steffy insists that she shouldn’t think that way and that this will only be a short trip. Steffy then tells Hope that she should think about using this time to heal. She needs to clear her head and spend a little time away from the girls. What’s more, Steffy also suggests that she and Liam think about starting a family again. Liam agrees that his wife was born to be a mother. All three of them are optimistic about the future.