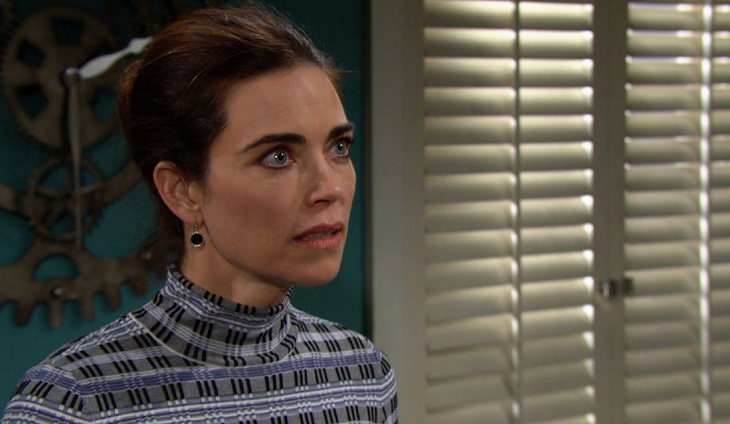 The Young and the Restless (Y&R) spoilers for the week of March 11 tease that Victoria Newman (Amelia Heinle) will suffer a breakdown after being forced to relive the abuse she suffered at the hands of J.T. Hellstrom (Thad Luckinbill). She has been holding it together pretty well, so it will be scary for her family when they see her unravel in a shocking way. is Victoria headed for a mental breakdown? Here’s what you need to know about what’s ahead on Y&R.

The is no doubt that after the trial is over, Victoria will have to deal with her emotions., Ever since JJ.T.’s supposed death, she has been trying hard to conceal her abuse and his cause if “death.” It’s been very traumatic for her, I am sure. At some point, her emotions will take control and she will be forced to deal with everything.

The Young and the Restless spoilers state that J.T.’s return to Genoa City will rattle Victoria. It isn’t clear if he will be coming back alive or if it will be in flashbacks. However, it works, Victoria will be forced to deal with the abuse she suffered so she can completely move on.

Today on #YR, Victor makes a promise to Nikki and Victoria lashes out at Sharon. WATCH FULL EPISODE: https://t.co/v7BQXxfkp3 pic.twitter.com/kZhp69QXy8

Is Victoria Headed For A Mental Breakdown?

All the signs point to Victoria being headed for a nervous breakdown after the verdict is read. Y&R spoilers suggest that she has been holding it together for her mother, Nikki Newman (Melody Thomas Scott), but at some point, she will break.

Victoria will not be able to fake it for long. She will have to deal with the mental abuse she suffered and stop sweeping it under the rug. Whether she wants to or not, she will have to face her demons and work through the pain of the abuse.

The Young and the Restless could make this a great ending to the storyline if they show how Victoria was able to get therapy and move on following the horrific abuse J.T. inflicted on her.

Do you think Victoria is headed for a nervous breakdown? Don’t forget to come back for more The Young and the Restless (Y&R) spoilers, news, and casting updates!