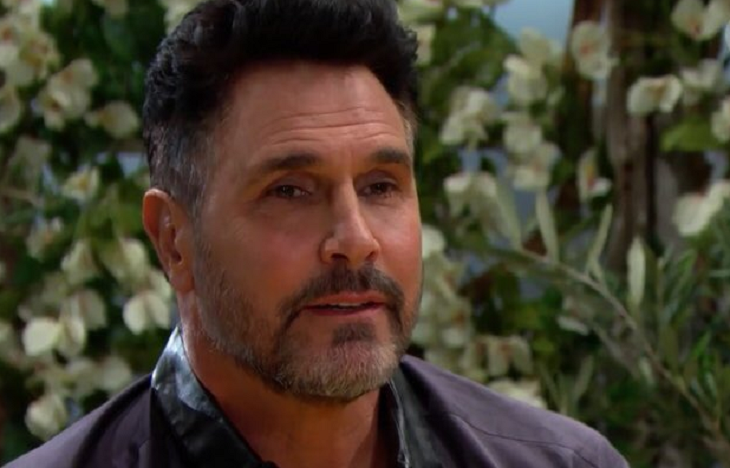 The Bold and the Beautiful (B&B) recap for Thursday, March 14 finds both Bill Spencer (Don Diamont) and Taylor Hayes (Hunter Tylo) on the receiving end of bad news. Ridge Forrester (Thorsten Kaye) thinks that Bill took advantage of his daughter, Steffy Forrester (Jacqueline MacInnes Wood) and thinks that Liam Spencer (Scott Clifton) should give their family another chance. Katie Logan (Heather Tom), meanwhile, thinks that she has been stood up.

It all begins at Steffy’s cliff house. Her mother Taylor is visiting her and her two children. Steffy explains that she will be spending some time in Paris to see how things are running over at Forrester International. Taylor asks about Liam. Steffy says that she told both him and Hope Logan (Annika Noelle) about the move.

B&B spoilers say that Taylor still thinks that she should fight for Liam and for her family. Steffy insists that her moving to Paris short time will give Liam and Hope the space they need right now. She also says that she would never steal another woman’s husband, especially while they are still grieving the loss of their child. Taylor then receives a phone call and bursts into tears. Steffy panics and asks her mother what happened.

At the cabin, Ridge asks Liam about how he’s doing and the situation between him, Steffy, and Hope. He admits that he has his meltdowns in private but that this too shall pass. Ridge asks him if he thinks things would have been different if Bill had never preyed on Steffy. Liam says that she never accused Bill of such a thing. Ridge still insists that Liam should give Steffy and his family with her a second chance. Liam looks hesitant, however, he does agree that both of Steffy’s daughters Kelly and Phoebe are his. He says that no matter what happens he will always be there for the girls.

Bill and Katie realize that someone is playing Cupid for them as they lunch together at Il Giardino. WATCH FULL EPISODE: https://t.co/GB0iNrTumo #BoldandBeautiful pic.twitter.com/3vrEmRXFgr

At Il Giardino, both Bill and Katie realize that they have been set up, but can’t help but wonder who did it. After they go back and forth over the possibilities, they realize that having a romantic dinner together is not such a bad thing. Bill even admits that Katie’s ex, Thorne Forrester, (Ingo Rademacher) is an idiot for leaving a woman like Katie. They also talk about their past and the good times they had together.

When Katie returns from the bathroom, Bill receives a phone call. It’s bad news. He assures Katie that it has nothing to do with their son.

Bold and the Beautiful Recap Thursday, March 13: Steffy Leaving The Drama Behind For Paris– Bill Talks Business With Sally