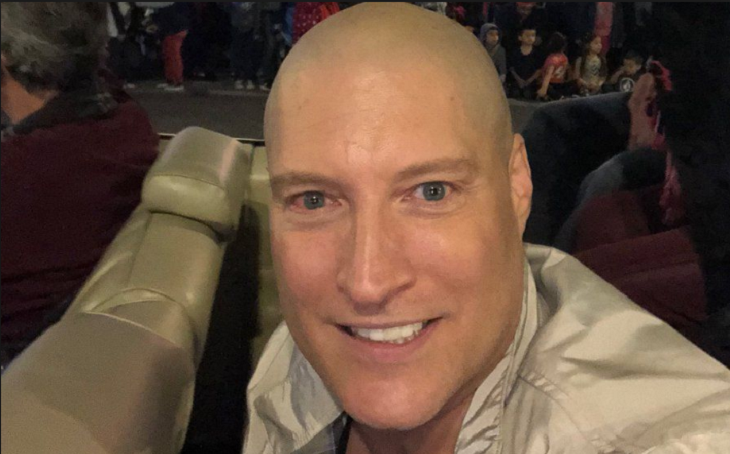 Former daytime soap actor Sean Kanan went bald for his role in an upcoming film titled Verotika. Kanan, known for his roles on The Young and the Restless, General Hospital, and The Bold and the Beautiful, shared his new look on social media. He posted a photo of himself on Instagram, and wrote, “On set filming Verotika.” The movie has already wrapped up filming, according to Soap Opera News, and Kanan shared that his hair is growing back slowly.

Kanan Has Starred On Several Soaps Over The Years

Kanan is best known as Deacon Sharpe, a role he played on The Bold and the Beautiful from 2000 to 2017 and on The Young and the Restless from 2009 to 2012. He also portrayed AJ Quartermaine on General Hospital in 1993, then from 1995 to 1996 and from 2012 to 2014. Kanan also appeared as Jude Cavanaugh on Sunset Beach and as Professor Richie Kingsly on Youthful Daze.

His experience on daytime soap has helped him learn dialogue quickly.

“I started working in soap operas 25 years ago, and so I had some time to cut my teeth and develop the skill set of learning a lot of dialogue,” Kanan said in a recent interview with StarsAndCelebs.com. “Now for me, it’s very easy, I mean I can learn a lot of dialogue very quickly.”

Kanan Says He Is Always Trying To Recreate Himself

Sean is also an author, and his book Success Factor X is now available for pre-sale. The book features tips and advice from highly accomplished people. Some of the contributors in the book are daytime stars such as Steve Burton (Jason Morgan, GH; Dylan McAvoy, Y&R), Susan Lucci (Erica Kane, All My Children), and Tristan Rogers (Robert Scorpio, GH; Colin Atkinson, Y&R).

“I always am seeking to recreate myself. I’ve gone back to a lot of familiar wells like daytime, but I’m always looking to do other things,” Kanan said. “What is nice though is I have reached a point in my career where from time to time I do get offered films which is really great.”