The Bold And The Beautiful Spoilers: Is Caroline Coming Back To B&B? 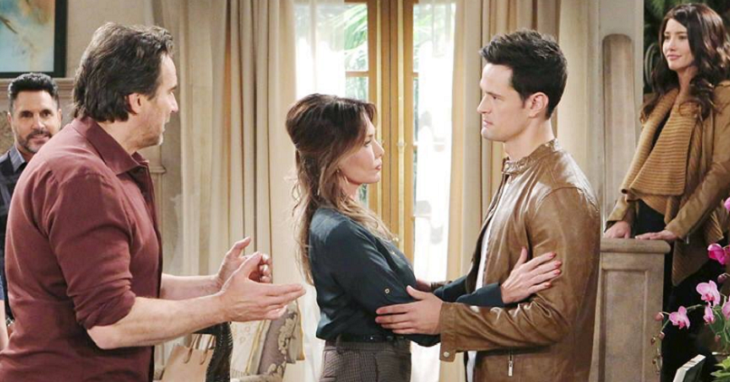 The Bold and the Beautiful (B&B) spoilers tease that Caroline Spencer (Linsey Godfrey) will be a part of Thomas’ storyline. It’s clear that Godfrey wouldn’t have time to appear on the show as she has a contract role on Days of Our Lives. The CBS soap opera has an emotional storyline planned and it will all center around Caroline.  Here’s what you need to know about what could be coming up on B&B in the next couple weeks.

Why Does Thomas Come To LA Alone?

It’s pretty apparent that head writer, Brad Bell is going to break up Caroline and Thomas (Matthew Atkinson so the designer will come back to California single and available. Since Thomas is bringing Douglas with him, let’s just assume for this article, that Thomas has full custody of the tyke.

The Bold and the Beautiful spoilers state that Thomas may have discovered Caroline’s lie with Bill Spencer (Don Diamont), which may be the reason he is leaving New York to spend time with his family in California.

Caroline allowed her uncle to lie to Thomas leading him to believe that she was dying. It caused Thomas to make a gut decision to end his relationship with Sally Spectra (Courtney Hope) and make things work with Caroline. Of course, he wasn’t in love with Caroline. He only stayed with her out of a misguided obligation.

What Happened To Caroline?

Let’s assume that Thomas found out about Bill’s lie. If that’s how the storyline will play out, it’s clear Bill and Thomas will have a score to settle. And, to be completely frank, it probably will not be a good conversation either.

There are a few B&B fans that believe that the writer will suggest that Caroline died and that is why Thomas is back. However, Brad Bell will have to detail what killed the young mom, since her poor health was nothing but a lie.

According to CBS Soaps In Depth’s newest issue, Caroline will not be recast or coming back. Thomas will reveal that she died, leaving him to raise Douglas on his own.

The Bold And The Beautiful Spoilers: Taylor Gets Devastating News—Forresters Rocked By A Tragedy — What Happens Next Changes Everything

There are several ways they could go with this storyline. Keep watching the soap opera to see how it pans out.
Don’t forget to come back later for more The Bold and the Beautiful (B&B) spoilers, news, and casting updates!