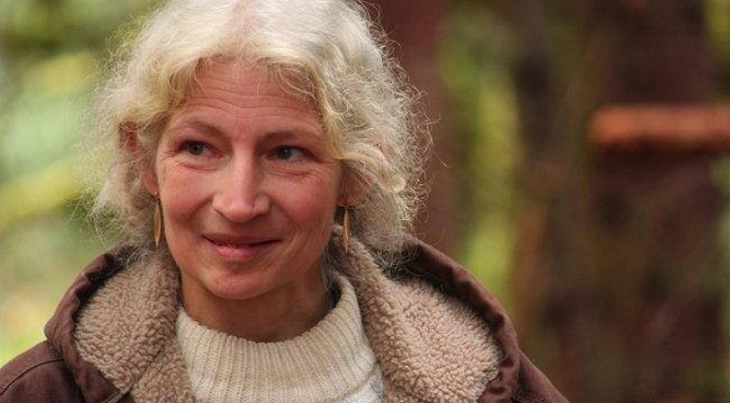 The past two years have been difficult for the Brown family, who star in Discovery Channel’s “Alaskan Bush People.” Now, they have been trying to live a new chapter of their lives in Washington state, and Ami opens up about her cancer recovery.

In an interview with People magazine, Ami admitted that it was a very scary experience for her. “But I never gave up hope.”

Ami is in remission and the Browns have revealed she is still working on getting her strength back. “In over a year I hadn’t walked hardly at all, so walking around here can be really taxing on my legs,” Ami said.

Billy also said that they have not intentionally explored some parts of the 435-acre property they bought in Washington, “so we can explore it later when Ami feels better.”

Billy and Ami decided to leave their Browntown in Alaskan bush permanently so Ami could have the medical attention she needs. They are still working on building their new homestead, with big plans to construct a barn and a ranch.

The milder climate in Washington is also working well for Ami. She thinks she can build a little orchard for her grandchildren.

Meanwhile, even though viewers have seen Ami’s cancer featured on “Alaskan Bush People,” many people still doubt that it is true. Some say it was just a ploy to boost the show’s ratings, especially when it was revealed that her cancer has disappeared in just a year.

As such, it became necessary for Ami’s doctors at UCLA Medical Center to release an official statement that confirmed Ami’s illness. The statement published by People reads:

“Amora Brown was diagnosed with Stage III non-small cell lung cancer in April 2017. Treatment for her cancer included a four-month course of chemotherapy with radiation. Her disease responded well to the treatment, and, according to her UCLA oncologist Dr. Deborah Wong, she is now in remission. Although her most recent scans show no evidence of cancer, Amora will continue to be monitored closely by her medical team over the next several months.”

Ami goes to the hospital for checkups every three months, which is why living in their new property works well for her.