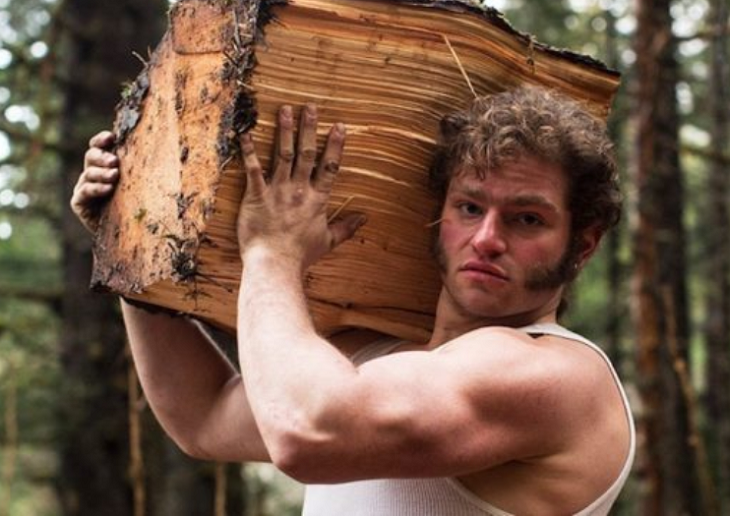 The Brown kids are getting a family of their own, and Gabe Brown was the next one to get married after his younger brother Noah. On Sunday’s episode of “Alaskan Bush People,” Gabe went on a date with Raquell Rose Pantilla.

Gabe shared that Rain became friends with Raquell while they were in California, and she and Gabe became friends too before they started dating. In the episode, Gabe was preparing to give Raquell a tour at their new 435-acre property in Washington state, which they named North Star ranch.

He revealed that they’ve been pen pals, and it was time to bring it to the next level. “Now it’s time to take that relationship and take the next step and do a proper date on the mountain,” Gabe said.

“I can stare down 13-ft. grizzly bears and not think much of it, but when it comes to dating, I get super nervous. Fingers crossed, a couple prayers in to the big guy — I hope this goes well.”

The date went well, and after a short period of dating, Gabe and Raquell tied the knot last January 14. Noah officiated their wedding, Gabe revealed, and shared that they wanted a private ceremony first. But they are planning another celebration later this year.

Raquell gets along well with the rest of the family, reports say. “We are so thrilled to welcome Raquell to our growing family,” the Brown family told People. “She is perfect for Gabe and has a special place in our hearts.”

In his Instagram post, Gabe celebrates their first anniversary as a couple with a heartfelt message. “Just taking a moment to appreciate someone very special to me Raquell Rose Brown. This day marks our one year anniversary our day of romance,” Gabe wrote.

He described Raquell as a “special someone who fills [his] heart with love and soul with joy (a gift from God).” “[We’ve] laughed, cried, fought, and loved together. With a little luck, a lot of faith, some patience and a dash of teamwork, we’ll grow old together loving each other a little more everyday,” he added.