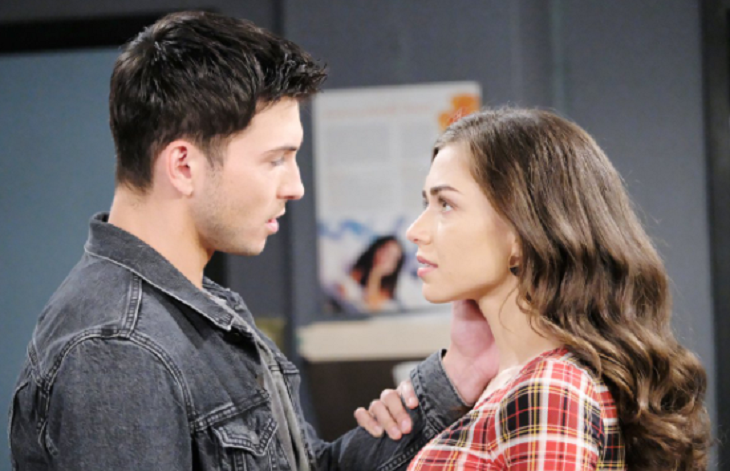 Days of Our Lives (DOOL) spoilers for Monday, March 18 finds that Ciara Brady (Victoria Konefal) will be mistaken for Chloe Lane (Nadia Bjorlin) and attacked by a group of thugs who still have a target on Chloe’s back. What’s more, she’s none too pleased with Ben Weston’s (Robert Scott Wilson) new connection with Chloe and Stefan DiMera (Tyler Christopher). Here’s what you need to know about what’s ahead on DOOL.

Ciara is not having the best month. Even though Ben pulled the cord on his relationship, saying that he loves her too much to hurt her, Ciara will make it her mission to win him back. Unfortunately, it won’t be easy. She doesn’t like the fact that he’s working with Stefan again. Ciara takes matters into her own hands and finds Ben at the DiMera mansion again. Little does she know that she’s in the line of danger once again.

What happens next though will leave Ciara shocked to the core. The moment Ben and Ciara share a kiss, a bullet from the outside almost kills her. The assassin was actually aiming for Chloe. Ben tells Ciara to leave immediately and tells her to never come back to the mansion again.

What does the future hold for these two? #DAYS pic.twitter.com/8j7u6XDdl1

Days of Our Lives spoilers tease that Ben wants Ciara to understand that this is part of his job and part of his line of work. Stefan is his boss and it’s his job to protect Chloe from the gang of thugs who want their revenge after Chloe killed their ring leader in Mexico last year.

If that weren’t enough, Hope Brady (Kristian Alfonso) is also on Ben’s back. There is no way that she will let Ciara get close to Ben. As much as they try to make their love work, at this point, it looks like they will never be together. But what others don’t know is that Ciara has a new plan of her own.

In the meantime, don’t forget to check back with Hollywood Hiccups for all the latest news, updates and spoilers on Days of Our Lives and all of your favorite daytime television shows right here.