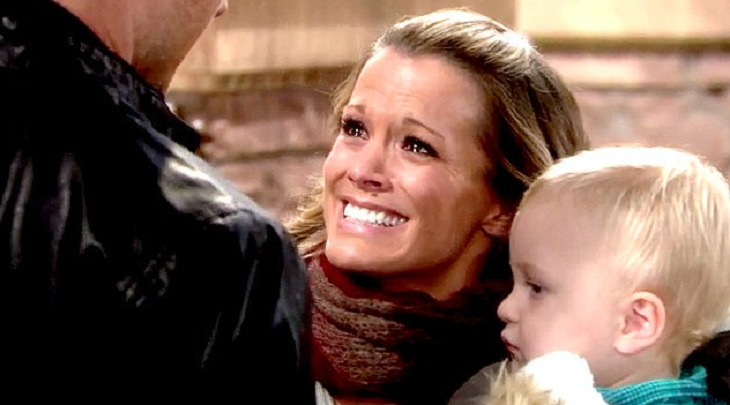 The Young and the Restless (Y&R) rumors tease that Chelsea Lawson (Melissa Claire Egan) and Connor Newman could be on their way back to Genoa City with Adam Newman. The new head writer, Josh Griffith wants the soap opera to be a show that the fans want to see. And, the way he sees it, Y&R fans love Adam and Chelsea’s relationship, so that is what could bring them back. Here’s what you need to know about what’s ahead.

The rumor isn’t clear on how Chelsea will return. The speculation is that Chelsea and Connor met Adam Newman somewhere and they have been together someplace. However, that could be all wrong. It is possible that Chelsea will hear that her husband is alive (again) and come back to reunite with him.

The Young and the Restless spoilers don’t say when to expect Adam’s return. Of course, it is possible that CBS has not found the actor to play Adam yet and they are waiting until they do, to reveal too much about his returning storyline.

The biggest question on the Y&R fans minds is, will Melissa Claire Egan return as Chelsea Newman? That is not known just yet. When she left, she said she wanted to do primetime shows and look for other work outside of soap operas. However, the rumor on social media seems to be that she left because of former showrunner Mal Young.

Egan has never talked negatively about Mal, but that doesn’t mean there wasn’t tension between them. The truth is, Young had squabbles with almost every actor on the show, according to set insiders.

Melissa said she would be open to coming back for a short stint, but she wasn’t sure about signing another long contract. She said that Y&R limits her time to do other gigs.

Since there is a rumor that The Young and the Restless wants to hire a Chelsea recast, that could shut down the possibility of a Shadam reunion. Many soap fans were hoping that Sharon Newman (Sharon Case) and Adam would hook up again. They were a force together and they were arguably one of the best soap couples of that era.

Would you like to see Y&R recast Chelsea Newman? When do you think Adam will pop back up in Genoa City? Don’t forget to come back later for more The Young and the Restless (Y&R) spoilers, news, and casting updates!