The Young And The Restless Spoilers: Lola’s Awakening Spells Trouble – Kyle Thinks He Can Block Summer 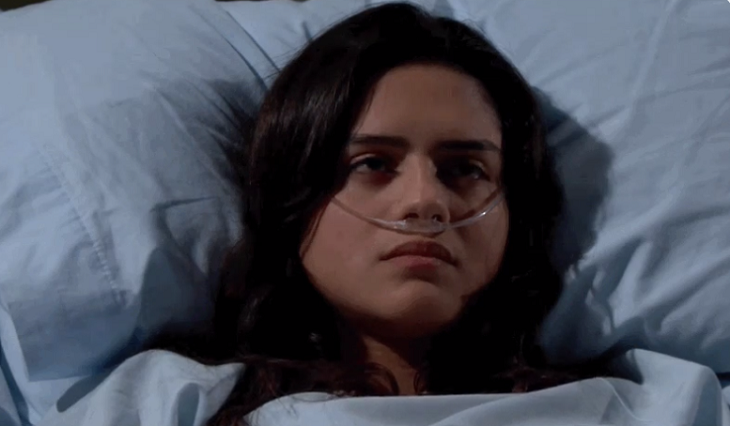 Lola Rosales (Sasha Calle) is out of her coma on the Young and the Restless. But that answered prayer also sparks trouble. Summer Newman’s Hunter King) plan to be Lola’s anonymous liver donor includes strings that Kyle Abbott (Michael Mealor) believes he’ll be able to untangle, or even cut.

With whatever Kyle thinks, Summer is not naive. She wants to marry him ahead of the organ surgery in order to secure at least one year of marriage.

There have been other good actors who’ve portrayed Jack Abbott’s (Peter Bergman) son in the past. Mealor brings a unique vibe to the role, as partially evidenced by the intriguing couple’s conflict that crosses Kola with Syle, or Skyle if one prefers. Regular use of Lyle, in reference to Lola and Kyle’s endearing relationship, doesn’t appear in many information searches by the way.

Y&R fans would be right to assume that Kyle and Summer’s farce of a marriage persists into the spring, which is only a calendar week away. Lola, who will be recovering from her health crisis and the emotional betrayal of Kyle’s bartered organ deal, will never be okay with those nuptials.

The Young And The Restless Spoilers: Billy And Nick Team Up—Katie Reveals Her Friend’s Identity—Leads To J.T. Discovery

Like Summer, Lola also isn’t naive. She recognized Kyle’s feelings for Summer weren’t dead long ago. It’s always seemed like he was caught between two women because he is. One, Summer, who offered the challenge of the unknown. The other, Lola, who represented potential for stability and the realization of an adult relationship.

With all the bashing of Summer, devoted Genoa City observers must acknowledge that Kyle hasn’t fully matured. He’s wanted to play both ends, not fully cutting Summer off somewhere just in case Kola didn’t last, or came to an end.

Of course it’s soapy to claim that the only known available liver donor would be Summer. But since that’s the case, suspension of disbelief then allows fans to move forward.

If Kyle actually thinks he can block Summer’s intentions, then he’s off-base. To believe that he’ll be able to marry Summer, that she’ll then donate half of her liver to Lola and that Syle, Skyle, Lyle, or whatever that pairing is dubbed will break with no consequences is fully misguided.

Young And The Restless Spoilers: Will Kerry’s Exit Reveal Ashley As Her Mysterious Partner? https://t.co/Jmcufx0r8v pic.twitter.com/MGNeFdLVIq

Some way, some how Summer will not let Kyle go. Maybe they’ll have a child, or Lola will reject Kyle’s love, while she accepts Summer’s soon-to-be-revealed gift. But with however these linked storylines flow, King’s determined character is positioning herself to win.

This site is a leading source for everything linked to the Young and the Restless.