The Young And The Restless Spoilers: Paul Makes A Shocking Decision—Doug Davidson Returns With A Bang 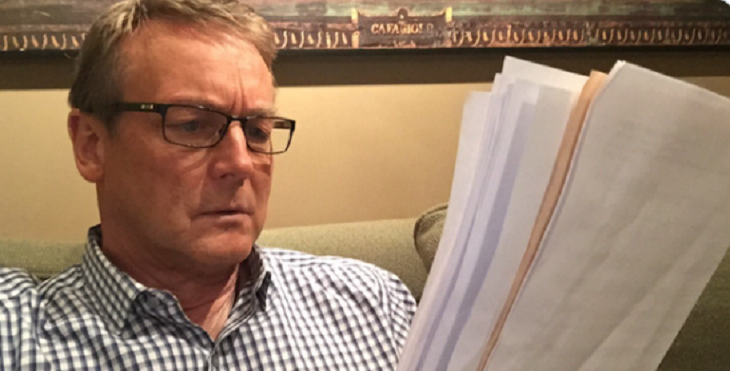 The Young and the Restless (Y&R) spoilers tease that Paul Williams (Doug Davidson) will return to the CBS soap opera with a huge bang. Apparently, he will make a surprising decision, one that will shock the viewers. Here’s what you need to know about what could be ahead on Y&R.

One shocker could be that Paul decides to make two arrests – Mia (Noemi Gonzalez) and Rey Rosales (Jordi Vilasuso). First up, Mia was responsible for attacking Lola Rosales (Sasha Calle) and almost killed her. She still needs a liver transplant.

Apparently, Mia thought she was Abby Newman (Melissa Ordway) since she was wearing her coat. Y&R spoilers state that Rey found out that his wife attacked his sister and instead of arresting her, he decided to hide her crime. It was something that could put him in a tight spot when he’s questioned by Paul, who is his superior (boss).

Another reason that Paul could arrest Rey is for being part of the cover-up crew’s escape from the prison transport, which will be shown on Monday’s show.  He was the mastermind of the plan. He wanted to find a way to fix the mess he created by Sharon’s confession.

Mal Young hired both Gonzalez and Vilasuso, so it is possible that the new writer, Josh Griffith could be finding a clever way to write them out. However, there is another option to consider for Paul’s return.

Paul Could Give J.T. A Pass

At this point in the Y&R storyline, it would not be a shocker to learn that Paul arrested J.T. Hellstrom (Thad Luckinbill) for harassing the Newmans. In fact, at this point, the fans expect that. The surprise would be if he decided to give him a pass or to reveal he knew about JT’s fake death all along.

Thad Luckinbill, the actor who plays J.T., said that he wasn’t surprised when the writer contacted him about returning for a short arc. And, he said, he wouldn’t be surprised if they contact him again in the near future. So, that almost sounds like Mr. Hellstrom will die or go to jail. We’ll have to watch the show to see how it plays out next week on Y&R.