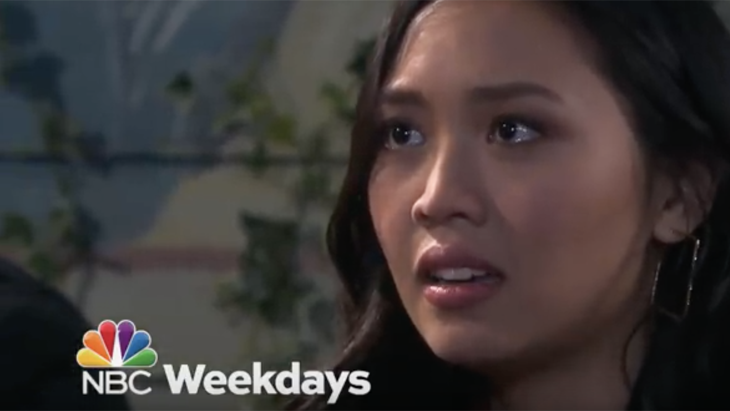 Days of Our Lives (DOOL) spoilers for the week of Monday, March 18 through Friday, March 22, 2019, reveal shocking surprise visits from fan favorites as one worries about her misdeeds being exposed. Gunfire erupts and a marriage proposal happens. Brothers turn on each other, as another is devastated by stunning news. DOOL fans will not want to miss out on a second of the excitement happening, beginning Monday, March 18, 2019!

Days Of Our Lives Spoilers: Marlena Has An Out Of Body Experience

DOOL sources show that while Dr. Marlena Evans (Deidre Hall) fights to recover from her terrifying allergic reaction, she will have a few surprising episodes, experiencing visits from Tony DiMera (Thaao Penghlis) as well as the return of her youngest daughter, Belle Black (Martha Madison); as viewers of the NBC soap opera would remember, Belle was made Marlena’s medical proxy.

Could Belle be there to help her mother recover or will she be a hindrance again? Meanwhile, Diana Cooper (Judith Chapman) needs to keep her wits about her, as she worries about it being revealed she is the one who caused Marlena’s medical condition.

Ben Weston (Robert Scott Wilson) and Ciara Brady (Victoria Konefal) may have found their way back into each other’s arms and commit to a relationship, but it’s clear the two cannot avert danger when this week they will be at the DiMera manse and gunfire erupts. Were the bullets meant for Chloe Lane (Nadia Bjorlin) or is there someone else after the two love birds?

Days of Our Lives spoilers reveal JJ Deveraux (Casey Moss) seems to be running out of options when it comes to keeping Haley Chen (Thia Megia) in the United States. After she was accused of attempting to kill Dr. Evans, she admits she was only at the hospital to see Marlena and hiding out from ICE and Salem PD. JJ steps up and is willing to risk everything to keep Haley around, including acquiring his Uncle Justin Kiriakis’ (Wally Kurth) help in proposing to the illegal immigrant, in order for her to stay.

Days of Our Lives Spoilers: Leo Struggles With His New Family

Leo Stark (Greg Rikaart) struggles with his newfound family, especially venting about the fact that believes his half-brother, Brady Black (Eric Martsolf) betrayed him. In other DOOL spoilers, Tripp Dalton Johnson (Lucas Adams) appears to be fed up with Claire Brady’s (Olivia Rose Keegan) and her lies, completely startling her when he drops a shocking bombshell on her. Could Tripp finally be walking away from the lying, scheming wanna be a star?

DOOL fans will be surprised to see that Tyler Christopher will be officially replaced by Brandon Barash as Stefan DiMera, starting Thursday, March 21, 2019!

Be sure to tune into NBC’s Days of Our Lives on Monday, March 18, 2019, to catch up on all these exciting stories unfolding right now in Salem and you will not want to miss out on soap veteran and fan favorite Brandon Barash joining the NBC soap opera this coming Thursday! Check Celebrating the Soaps often for updates, news, rumors, and spoilers!