Days Of Our Lives Spoilers: Eric Pleads For God To Save His Mom –Will Marlena Die? 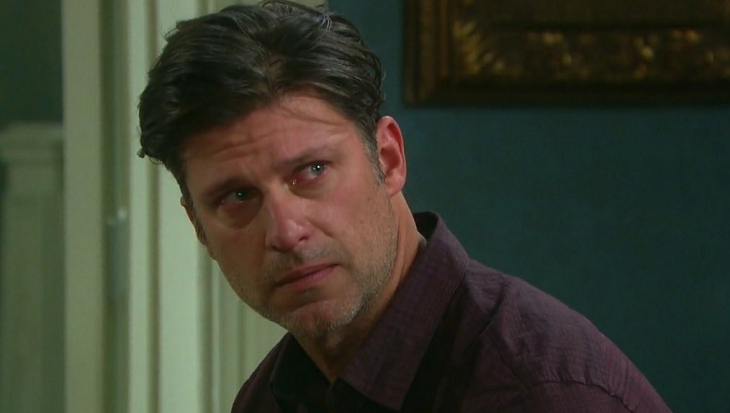 Days of Our Lives (DOOL) spoilers tease that Eric Brady (Greg Vaughn) will bargain with God in prayer to save his mother Dr. Marlena Evans’ (Deidre Hall) life! Other Days of Our Lives spoilers say she will be in a tug of war for her soul in purgatory, while her friends and family will battle for it in prayer on earth, with Eric “leading the charge!”

Eric, a former priest, has much to be concerned about wondering if God will even hear his prayers if he doesn’t quit having thoughts that Eric feels guilty about. First and foremost are the increasingly intense feelings he is developing for Sarah Horton, (Linsey Godfrey) his brother Rex Brady’s (Kyle Lowder) girlfriend.

Sarah Has Feelings For Eric, Too

Little does he know or suspect she’s having the same problem with developing equally intense feelings for Eric as well, which is the reason she keeps putting Rex off with an answer to his marriage proposal! She doesn’t trust Rex, but she doesn’t trust herself either, and it’s possible Eric may be starting to not trust himself as well!

Days of Our Lives Spoilers: Sarah Admits Her Feelings To Eric – Will He Reciprocate? https://t.co/1pehTIRBfP pic.twitter.com/0dxNykCPge

One of Eric’s main points in his attempted bargain with God will be his promise to stay away from Sarah, even as a friend. Of course, with Rex and Eric living together and Sarah as a frequent visitor to the apartment, that’s going to be pretty difficult!

What Will Eric Do?

Eric would have a hard time telling Rex and Sarah to only spend time together outside of the apartment, although it’s possible he could use an excuse of his own getting closer to God again and not wanting fornication to occur in his apartment! That might not ring as quite true with Rex and Sarah, and were Brady Black (Eric Martsolf) find out, there’d be plenty of blowback from him about Eric’s hypocrisy!

But that’s all Eric has to work with, is what he knows God might want to hear and what He might want him to do or not to do as a bargaining chip. But this bargaining is based on Eric’s own guilt and not knowing how to handle his feelings, not on any particular Biblical truths.