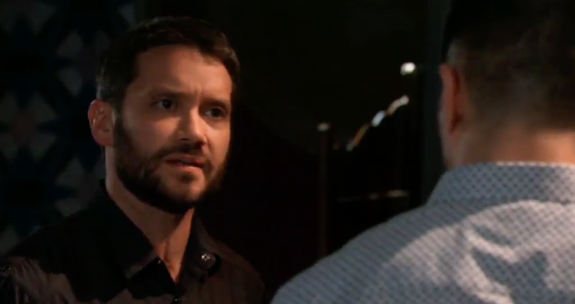 Welcome to your Monday, March 18 General Hospital recap! We begin our day again in Ankara Turkey where Sonny (Maurice Bernard), Dante (Dominic Zamprogna )and Raj are in a standoff. At the hospital Finn (Michael Easton) runs into a hospital room thinking that Anna (Finola Hughes) has been admitted, it’s actually a blind Alex (Finola Hughes)! At the Floating Rib, Maxie (Kirsten Storms) and Lulu (Emme Rylan) are discussing the fact that Dante is still gone. Back at the hospital, Curtis (Donnell Turner) has brought Jordan (Briana Nicole Henry) her bag and announces she can leave the hospital.

In the hospital hallway, Stella (Vernee Watson) and Marcus (Nigel Gibbs) run into each other and he says Yvonne took a fall. Marcus says he’s the one who asked Carly to take Mike out, so he would not know Yvonne was injured. Stella says she proud of the progress Marcus had made in accepting Mike. 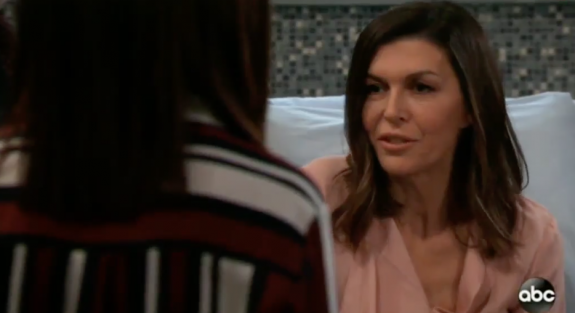 Jordan is excited to be finally leaving the hospital and heading home. Jordan is worried about her police commissioner work and who will handle it, Curtis calms her down with a kiss. Stella checks on Jordan and is there to explain when the dialysis begins and how she will feel. 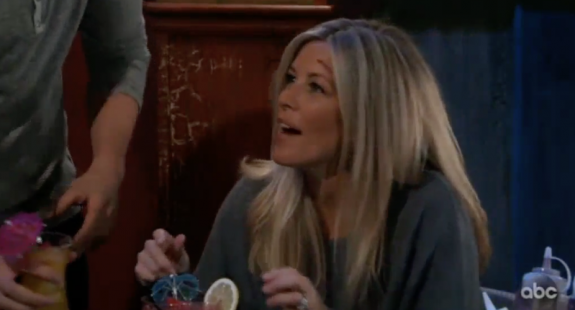 Carly (Laura Wright, Mike (Max Gail) and Michael (Chad Duell) are hanging out at the Floating Rib. Mike seems confused and asks where Yvonne is. Then Mike starts asking where Sonny is and Carly says she can’t contact him now. She explains that he is in Turkey on the hunt for Dante. Mike is agitated and wants to leave to check on Yvonne. Carly interrupts and tells them the exciting baby news, they congratulate her. Mike again gets upset about Sonny and asks Carly to please call him. Mike calms down when Lulu walks over to say hello. 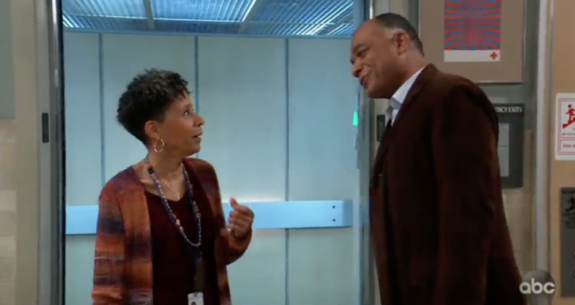 Dante points the gun at Sonny as he pleads and asks what is he doing? Dante shoots him in the arm. Raj wants Sonny killed but Dante explains that Sonny has connections all over the world and it would be dangerous for all of them to do that. Sonny is in a jail with just a flesh wound, Dante explains that he’s on his side but had to cover in front of Raj. Sonny explains about the serial killer and how Lulu almost died. Dante says he feels bad he was not there to protect his family.

While Maxie and Lulu commiserate, they realize that Chet (Chris Van Etten) is now a waiter there. Maxie explains that Chet is Mr. October in a military men calendar, clearly enamored.