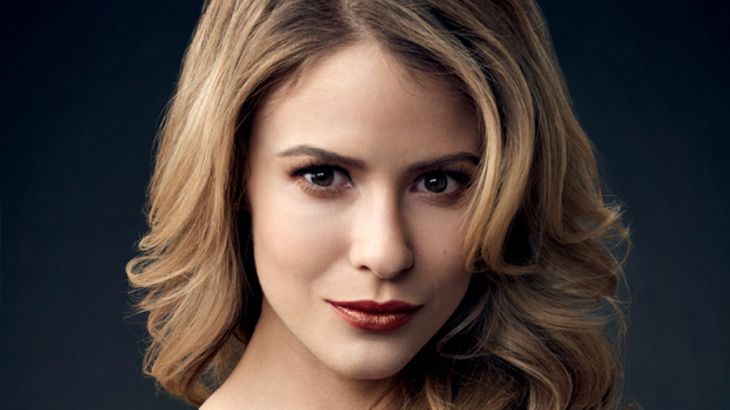 The Bold and the Beautiful (B&B) spoilers for the week of March 18 tease that Thomas Forrester’s (Matthew Atkinson) return will continue this week. Tamara Braxton, the winner of Celebrity Big Brother Season 2, will debut on March 29. Here’s what you need to know about what’s ahead on B&B.

Linsey Godfrey took to social media to talk about her alter ego Caroline Spencer. She acknowledged that B&B decided to kill her off and said she knew about it beforehand.

Although it is sad and the fans might be upset about it, she encouraged them to keep watching. She believes it will lead to major drama for Thomas Forrester.

Thomas returned with a new face, as Matthew Atkinson took over the role. He started out strong and showed fans what he was capable of. He will have more emotional scenes coming up this week. In fact, he will share scenes with Annika Noelle (Hope Logan). It looks like the two may bond over their loss. It could spell trouble for Lope.

Tamara Braxton landed a guest spot on B&B, which will air on Friday, March 29. Apparently, she will play a chef who serves Bill Spencer (Don Diamont) and Katie Logan (Heather Tom). She will prepare a romantic dinner for the potential couple.

She admits as a soap fan, specifically B&B, this was a dream come true. And, when asked if she would come back for another appearance, she answered without hesitating, “Yes!”

Braxton told Soap Opera Digest that she is such a die-hard B&B fan that she named her son Logan after the family on the show. She even got her husband, Vince Herbert hooked on the show.

It sounds like Bold and the Beautiful has some exciting stuff planned ahead for the fans. Are you surprised they killed off Caroline? Are you happy Thomas is back? Do you want Bill and Katie to get back together? Let us know what you think in the comments section below!