The Young And The Restless Comings And Goings: J.T. Hellstrom’s Dramatic Return – Noemi Gonzalez Sounds Off 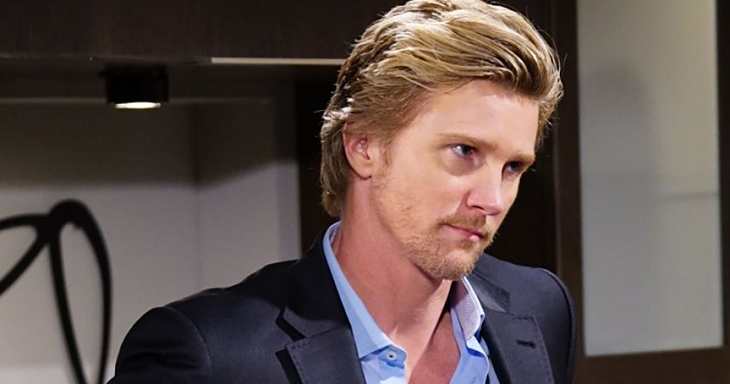 The Young and the Restless (Y&R) spoilers for the week of March 18 tease major drama is headed to Genoa City this week. Thad Luckinbill will return in a shocking plot twist, which should end the J.T. Hellstrom storyline. At least the fans hope so.

Brytni Sarpy will debut as Dr. Elena Dawson, who appears to be connected to Ana Hamilton’s (Loren Lott) mysterious storyline. And Noemi Gonzalez, who plays Mia Rosales, took to social media to let Y&R fans know if she will be leaving the show. Here’s what you need to know about what’s ahead on the CBS soap opera.

According to Soap Opera Digest’s newest issue, Alice Hunter, the actress who plays Kerry Johnson, let the Young and the Restless fans know that her alter ego will be leaving Genoa City soon. She said she isn’t sure if she would be back, but her exit storyline will leave the viewers shocked.

Apparently, the cast and crew surprised her with a party and she paid tribute them It sounds like her last scenes should be airing soon—this week or next.

Brytni Sarpy will debut as Dr. Elena Dawson on Tuesday, March 19. She exited the role of Valerie Spencer on General Hospital last week. Devon Hamilton (Bryton James) will share scenes with her and rumor has it, he will immediately be taken with her. Although, he will want to get some important information from her, as she seems to know what is going on with his sister, Ana.

Young And The Restless Spoilers – Mia Rosales Is Here To Stay

He was also the person who has been torturing Nikki Newman (Melody Thomas Scott). So, they bring Rey Rosales (Jordi Vilasuso) into a plan to trap J.T. and free the women from their long prison sentences. It will be must-watch Y&R TV.

Noemi Gonzalez sounded off on social media to let the Young and the Restless fans know that she isn’t leaving the show. A few fans had questioned if she was leaving after seeing she was the star of the Netflix series, Dark/Web. Apparently, she filmed the series before getting the role of Mia. So, Y&R fans can relax, Mia is staying put in Genoa City.

Young And The Restless Last Week In Review – The Stunning Verdict – Kyle To Stick By The Snowflake In Sickness And In Health https://t.co/qoI5yWCbLL pic.twitter.com/ZqVwnCjgFd