The Young And The Restless Spoilers: Reed And Noah Must Support Mom’s – Victoria And Sharon Need Full Family Support 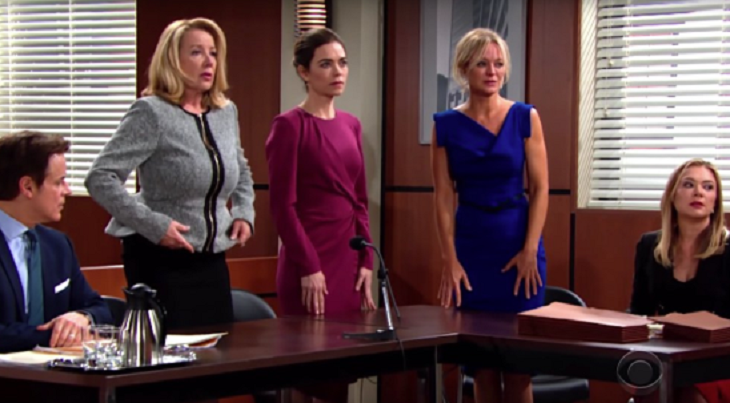 Hardcore soap fans are more than devoted to their favorite shows. In today’s social media world, they also offer respectful, constructive criticism that daytime dramas surely incorporate. With that point being made, devotees of the genre have likely been wondering where Reed and Noah are at this moment of crisis in their mother’s lives?

Now is the time for both young men to be in Genoa City. It’s understood that Reed is known to have returned to school a handful of months ago and that Noah is working for his dad, heading Dark Horse in London, England.

All seasoned soap fans also understand the concept of recurring characters, which is the likely reason why Leabu and Adamson’s alter egos haven’t been on recently. Possibly, budget constraints limit the total number of cast members who can be charged at any one time. It will also be somewhat reasonable if Reed and Noah return after the entire storyline is resolved, but those character’s reprisals would be better suited now.

Think J.T. could still be alive? See if Nick and Billy can solve the mystery this week on #YR! pic.twitter.com/eDBcli6T6X

It was one thing for both guys to not be present at the mother’s trials, but convictions have now been realized. Plus, teasers indicate that Vickie and Sharon, along with Nikki (Melody Thomas Scott), will become part of a wild escape plan that’s intended to trap the never-dead J.T. Hellstrom (Thad Luckinbill).

Obviously, the trial and the Newman family’s prominence makes the ‘Coverup Trio’s’ plight worldwide news. So, Reed and Noah clearly know what’s happening. With smartphone access making contact instantaneous, it’s not logical to believe that Reed and Noah would remain disconnected from their mother’s, or other family members either.

Here’s hoping that both solid actors are about to be written back into the seeming climax to the eleven-plus-month J.T. arc. Reed and Noah are vital parts of their mother’s souls and must be included in one of the greatest conflicts of their lives.