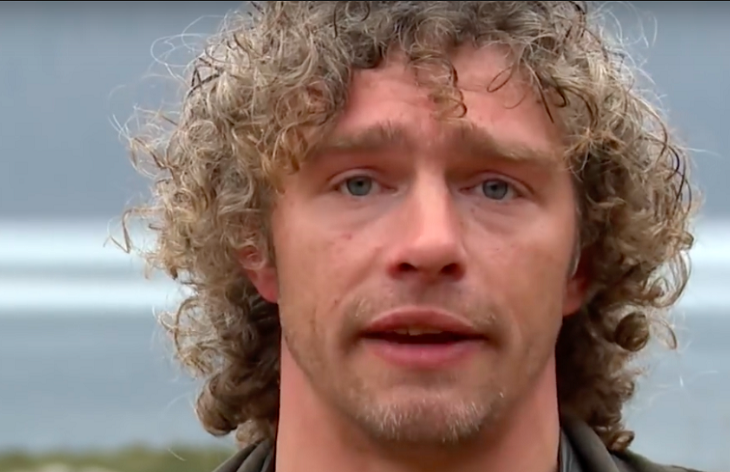 Alaskan Bush People star Matt Brown has reported scored a huge paycheck, which has become a big concern for his family. They are worried that this would have a negative effect on Matt’s sobriety. Is he heading for another relapse?

Matt, 36, had been addicted to alcohol. He first entered rehab in 2016 but had a relapse last year. He recently completed a six-month treatment at the Betty Ford Clinic in Palm Springs, California. However, he has not returned to his family in Washington state.

A source told Radar Online that he got heavily paid after agreeing to be followed by cameras for the new season of Alaskan Bush People. He reportedly received about $250,000.

“He finally got the money that was being withheld from him by his parents while he got his act together,” said the source. “It’s really a double-edged sword because whenever Matt gets paid, he goes missing and everyone just assumes he is using again.”

Have you met Gabe's long-distance girlfriend yet? Catch up on last night's #AlaskanBushPeople now on Discovery GO. https://t.co/fmmD0s4ovw

His parents, Billy and Ami, just want him to be okay. In an interview with People, they said that they miss him, but they can’t do anything but to let him know that his family is there for him.

“It was his decision to drop everything and go fix what he hadn’t fixed,” said Billy. “He’s fighting a hard road. He has for a long time. We just try to let him know that family’s here no matter what.”

While Matt remains in California and continues to attend support session to maintain his sobriety, the rest of the Browns are rebuilding their lives in a new property in Washington state.

“We miss him a lot, but I don’t even want him to come back until he finishes this,” said mom Ami, who’s still recovering her strength following rigorous cancer treatment. “We just hope he finds that happiness inside him again.”

Matt has become active on social media, particularly Instagram, sharing photos and videos of his new adventures. He often hits the road, traveling to different places. Hopefully, he avoids hanging out with people who drink, because that contributed a lot to his alcohol problem in the past.

Catch up with the Browns on Alaskan Bush People every Sunday at 9 p.m. on Discovery Channel.