The Young and the Restless Spoilers: How Will Paul’s Return Affect J.T. Case? – Doug Davidson Returns! 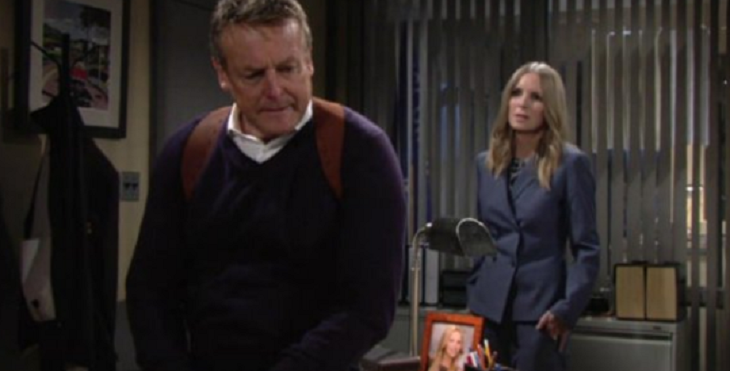 Doug Davidson (Paul) reminded fans of The Young and the Restless, via social media, that his character will be back in Genoa City as of March 26, in the United States. Canadian viewers will see the Chief of Police on March 25. So how will Paul’s return affect the evolving J.T. (Thad Luckinbill) case?

Y&R fans were dismayed when one of their all-time favorites was suddenly written out of the story last year. Davidson revealed that he’d been put to a recurring contract in January 2018, which then accounted for Paul’s sporadic appearances through much of last year.

Eric Braeden (Victor) joyfully announced last month that his longtime colleague and castmate was back on the set. Based upon soap opera’s advanced recording schedules viewers, knew that meant they’d see Paul by the end of this month.

As Wisconsin’s bitter winter’s winds prepare to hush, spring’s arrival on March 20, will be bitter. Along with two-days of episode withdrawal, due to college basketball’s annual playoffs, is the adventure Nick (Joshua Morrow) and Billy (Jason Thompson) are preparing for the ‘Coverup Trio’.

Rey (Jordi Vilasuso) will continue his rogue efforts, helping the boys skirt the law. The plan will derail the transport of Nikki (Melody Thomas Scott), Victoria (Amelia Heinle), and Sharon (Sharon Case) to jail, prodding hardcore fan memories of Adam’s (as then played by Justin Hartley) escape to the cabin, as aided by Victor (Eric Braeden) in 2016.

One would think that Paul would throw the soapy book at the lead detective on this case for aiding those attempting to escape their sentences. Though, possibly J.T.’s return will transform Paul’s justice target?

Varying camera views allowed Y&R’s viewers to see the GC Police Department’s main interior from different angles since Paul evaporated, without explanation, last fall. It would be fitting if the chief’s return is weaved into the visual reconfiguration, while also allowing him to restore law and order.

Waiting for the court results like… Do you think Nikki, Victoria, and Sharon will get good news tomorrow? #YR pic.twitter.com/dqLz3xnKeZ

Paul, along with his wife, District Attorney Christine Williams (Lauralee Bell), knows that their efforts unwittingly pushed a fragile J.T. over the edge. Will ‘Pristine’ be allowed to redeem itself by aiding all who’ve been wronged in this incredible storyline? Possibly, both halves of this couple will also apply justice to the never-dead man, J.T. Hellstrom, while also restoring the lives of Nikki, Victoria, and Sharon?

Fans of The Young and the Restless rightfully express their opinions on a regular basis. So, who will Paul’s return affect the J.T. case?