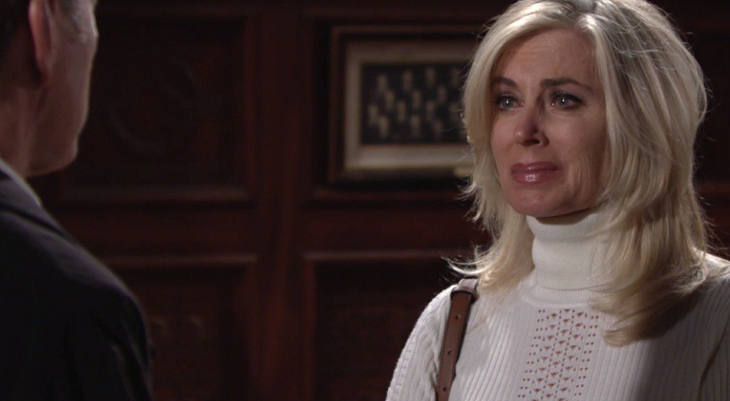 The Young and the Restless (Y&R) star Eileen Davidson shared a scary video inside her Malibu home. You couldn’t see her in the video, but you heard the panic in her voice. She was concerned about the sweet baby bird that seemed confused. Here’s what you need to know about the Y&R star’s video.

The Young And The Restless Spoilers– Eileen’s ‘Scary’ Video

In the video clip Davidson posted on Instagram, she said this bird has visited her house for three days in a row. The bird flies from one window to another, over and over. She isn’t sure why it is going that, but she was worried that the cutie was going to knock itself out or accidentally kill itself.

Why is this birdie doing this???? Anyone know?

Then, a somewhat snarky reply suggested that the bird wants Ashley to hurry up and come back to Genoa City. The little creature is saying it’s taking too long.

In the comment section of Eileen’s video, she let her followers know that Ashley would be back by the end of the month. While Ashley won’t be back fulltime, the Young and the Restless fans will love how she comes back and “handles” Jack (Peter Bergman) and puts an end to his shenanigans.

So far, Y&R has been quiet about Ashley’s return. The only thing we know is Ashley’s return and Kerry Johnson’s (Alice Hunter) exit seem to align. That gave the soap fans the impression to Kerry’s secret partner will be revealed as Ashley. And, truthfully, it makes sense.

Do you have any suggestions for Eileen on the bird visitor she has? Do you think he is lost? Are you excited about Ashley’s return to GC?

Don’t forget to come back later for more The Young and the Restless spoilers, news, and casting updates!