The Young And The Restless Spoilers: Cane Gets A Major Reality Check—Lily Files For Divorce—Lane Over For Good 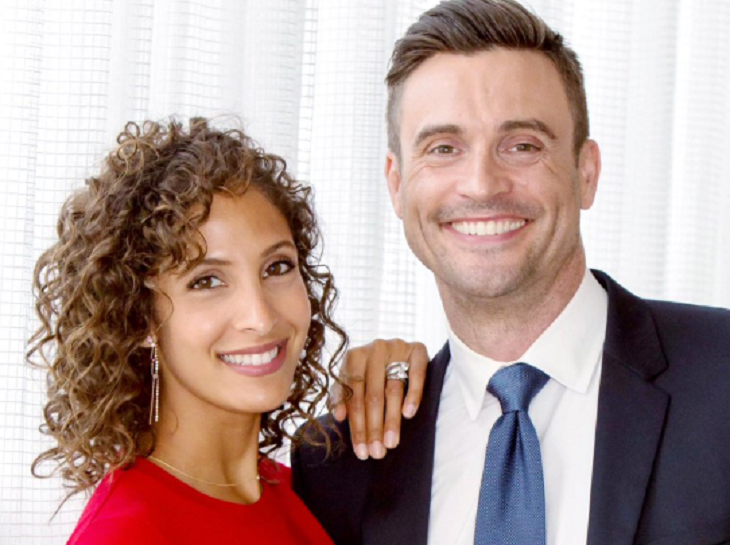 The Young and the Restless (Y&R) spoilers for the week of March 25 tease that Cane Ashby (Daniel Goddard) is going to get a serious reality check about the state of his marriage. After Billy Abbott (Jason Thompson) exposed his steamy series of kisses to Lily, Cane believed their marriage could survive. After all, it had weathered many other cheating incidents, so why not this one.

Lily will decide this is too much for her to bear. Y&R spoilers state that she is in prison, adjusting to life there, and she doesn’t want to have to worry if her husband is being faithful. So, she will decide to divorce him. The news will come as a shock to him. Here’s what you need to know about what’s ahead on Y&R.

We always love to see a #Lane hug! 💕 #YR pic.twitter.com/pY8hml0FCG

The Young And The Restless Spoilers — Cane’s Reality Check

Cane believed that everything was okay between him and Lily (Christel Khalil). He refused to believe – even though Billy told him—that he was headed for a divorce. Y&R spoilers state that Cane will get a reality check and learn that his marriage is over. It’s clear that his wife will file for divorce’s stating she wants a clean break away from him and his cheating ways.

Y&R spoilers say that Cane will get the divorce papers in the mail. Of course, he will try to contact Lily, but she will refuse. She wants them to live separate lives, suggesting his fling (kissing) with Victoria Newman (Amelia Heinle) was the last straw.

The Young and the Restless spoilers state that with this newest development, it’s clear the Winters’ family is dying. Lily is divorcing Cane and Khalil doesn’t want a Y&R contract. The twins are rarely seen. Neil Winters (Kristoff St. John) died and he will be written off the show next month. The only member of the family that is active is Devon Hamilton (Bryton James), and he isn’t going anywhere.

This news will be hard for the #Lane fans to accept. It looks like Christel isn’t coming back, except for a short stint here and there, and Y&R is freeing Cane up for romance.

The Young And The Restless Spoilers: Health Issue Turned J.T. Into A Monster – Will It Lead To Redemption?

Are you surprised about Lane’s breakup? Don’t forget to come back for more The Young and the Restless (Y&R) spoilers, news, and casting updates!