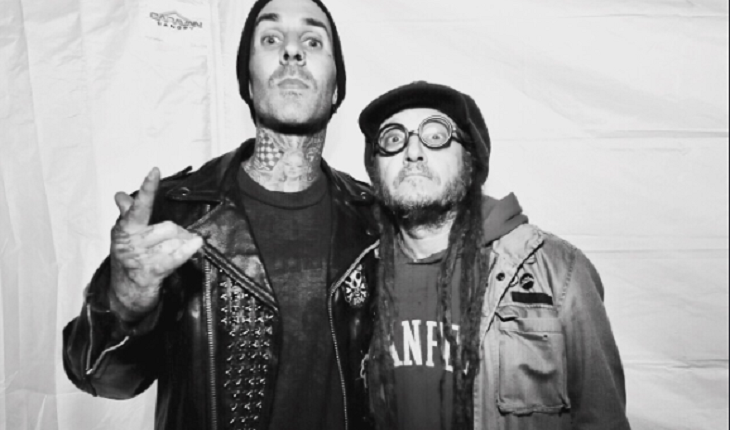 Apparently, Travis and Kourtney live in the same neighborhood for years. They have the same circle of friends and what’s more, Travis has always been close with the Kardashian family so much so that he often hangs out at their house.

But that’s not the case at all. Travis himself cleared the air by stating that he and the reality television star are friends – and nothing else.

Just this past week, the former Blink 182 drummer told People Magazine in an interview, “Kourtney’s like a dear friend. That’s it…I mean, I love her to death. I love her family to death. But yeah, just friends.”

So there you have it! They are just friends and nothing more, folks. Kourtney, for her part, has not made any comments about the dating rumors. While Kourtney has had her fair share of boyfriends throughout the years, these days, she’s concentrating on raising her three children at home: Mason, Penelope, and Reign.

And of course, expanding her multiple businesses in the ever-growing Kardashian empire. Tell us, were you surprised to hear the rumors that Travis Barker and Kourtney Kardashian were supposedly dating? Let us know what you think in our comments section below.

And as always, come back to Hollywood Hiccups for all the latest news and updates on the Kardashian family along with spoilers on your favorite daytime television shows right here!