General Hospital Spoilers: Lucy Provides Kevin With Moral Support But Will She Make A Move On Him? 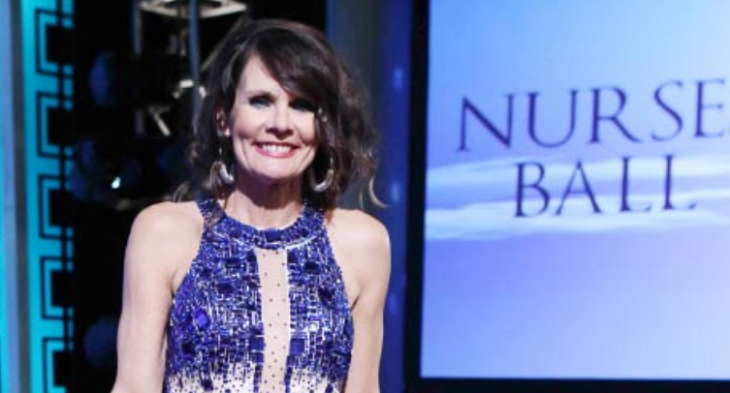 General Hospital spoilers tease that Lucy Coe (Lynn Herring) will be more than happy to provide moral support to Dr. Kevin Collins (Jon Lindstrom) in his time of need. But now that it looks like he and Laura Collins (Genie Francis) might be on the “outs” for a while because of his keeping his twin Ryan’s survival a secret, will she try to move in on “Doc”?

Lucy and Kevin were married for a while, and longtime General Hospital viewers will recall that Lucy had a pet duck during that time named “Sigmund”, obviously named after Sigmund Freud. They were actually married twice, first between 2001-2002, when they divorced. And again between 2004-2014, the longest time they were together.

That also ended in divorce, when Kevin continuously put his work ahead of Lucy. Lonely for attention, Lucy had an affair with Scott Baldwin (Kin Shriner), who then cheated on her with Bobbie Spencer (Jacklyn Zeman).

General Hospital Spoilers: Anna Needs Info From Griffin — Is It About Peter Or His Mental State?

Lucy and Scott’s affair was unceremoniously discovered by Kevin and the general public thanks to an open mike and curtain at the 2014 Nurses’ Ball, when Scott and Lucy were passionately kissing backstage! At least she wasn’t having a wardrobe malfunction at the time.

Lucy tried to get Kevin to forgive her, but he pushed for a divorce, having felt publicly humiliated. Lucy hasn’t been involved with anyone since but has always regretted the circumstances that led to her breakup and divorce from “Doc”, which was her nickname for Kevin.

Kevin was the husband she was married to the longest, at least the second time around. Scott and Lucy remained friends, as did Kevin and Lucy, but Scott has never shown any interest in a serious relationship with her. She did however serve as a surrogate for his and Dominque Taub Baldwin’s (Shell Danielson) daughter, Serena (Carly Schroeder).

Kevin will probably not allow himself to get too close to Lucy, although some emotional and moral support might be welcomed. The problem would be with Lucy herself. She’s never been able to control her emotions where men are concerned. Longtime General Hospital viewers would not be surprised if Lucy fell for Kevin and tried to move in on him while he and Laura are separated.

Lucy may be his only friend who will forgive him for keeping Ryan’s survival a secret and stay his friend. They were dating the first time when Ryan “died” over twenty years ago. So, will Lucy behave herself toward Kevin, or not? Stay tuned to General Hospital and keep checking General Hospital spoilers frequently to see all the latest news, spoilers and updates!