The Bold and the Beautiful Spoilers: Brooke Accuses Taylor Of Using Steffy For Revenge On Hope — Is She Right? Vote Now! 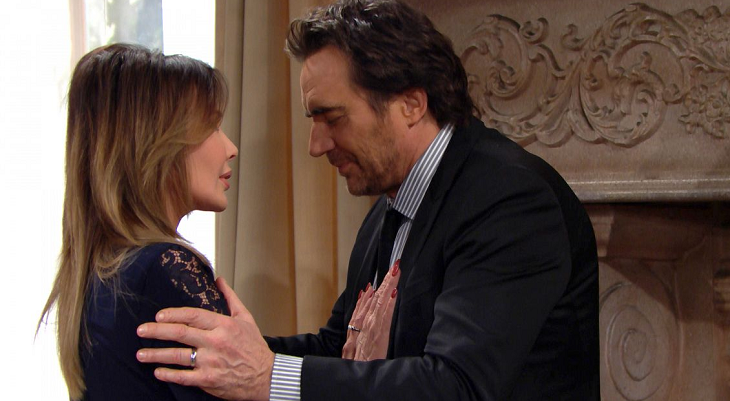 The Bold and the Beautiful (B&B) spoilers for the week of March 25 tease Dr. Taylor Haynes (Hunter Tylo) and Brooke Logan (Katherine Kelly Lang) will take their rivalry to the next level. It will get so bad that Ridge Forrester (Thorsten Kaye) will step in and he will be forced to take sides.

You’d think he’d take his wife’s side, but, according to Soap Opera Digest, he takes Taylor’s side, which only infuriates Brooke. Here’s what you need to know about what’s ahead on B&B.

The one thing you can count on with Brooke is she will unleash her rage at Taylor. She has no qualms about letting her know her place and where she can go. With that being said, Brooke has no room to give Taylor the riot act either. In a fight about Ridge, Brooke attacks Taylor.

Sure, Taylor was out of line when she kissed Brooke’s husband. However, Ridge loves Brooke and it doesn’t look like he’s easily swayed.

That being said, a Taylor, Ridge, and Brooke love triangle would be very interesting. Brooke knows that Taylor has something she doesn’t with Ridge. It’s something you can’t really identify, but it was and still is pretty special Perhaps, it’s grieving the loss of Phoebe.

Of course, Taylor thinks she is out of her mind because that was not her intention. She only wanted Liam Spencer (Scott Clifton) for Steffy because she believes they are soulmates. And, she’ll point out Hope is better suited for her son, Thomas Forrester (Matthew Atkinson). And, Ridge takes Taylor’s side and agrees with her.

The Bold And The Beautiful Spoilers For March 25-29: Ridge Makes Sally An FC Offer – Taylor And Brooke’s Rival Intensifies—Thomas And Hope Grow Closer

Whose side are you on—Brooke or Taylor? Vote in our poll below. Don’t forget to come back later for more The Bold and the Beautiful (B&B) spoilers, news, and casting updates!