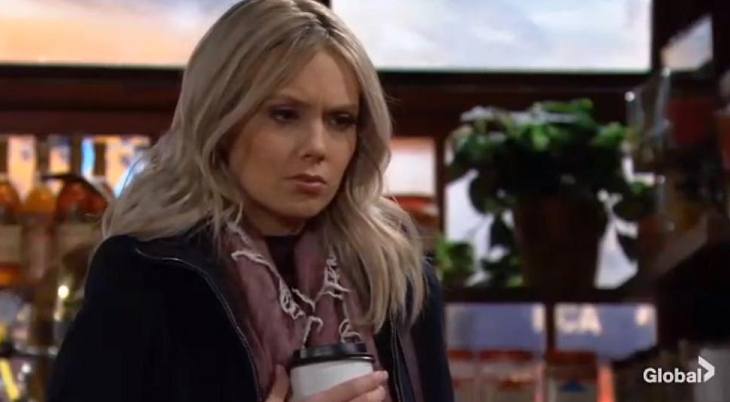 The Young and the Restless (Y&R) spoilers for the week of March 25 tease that Mia Rosales (Noemi Gonzalez) will pressure Arturo Rosales (Jason Canela) to come clean with Abby Newman (Melissa Ordway) about their steamy night together— or she will deliver the devastating blow herself.

And, Arturo knows that he has to be the one to tell Abby. She deserves that much from him. The one thing that Arturo wasn’t expecting was for his fiancée to go off the deep end and threaten to hurt him. Yet, that is exactly what happens. Here’s what you need to know about what’s ahead on Y&R.

Previews-
Abby slowly advances, carrying a hammer, as she looks at a car. #YR pic.twitter.com/uULxsWzPSf

The Young And The Restless Spoilers—Mia Puts Pressure On Arturo

Poor Arturo! He’s tried so hard to break free from Mia’s clutches only to come up short. Just when he thought he got away and his cop brother, Rey Rosales (Jordi Vilasuso) married Mia, he still has a mess to clean up with the Latina. And, this time, he will lose everything when the truth comes out.

A few months ago, Arturo went to help Mia at her apartment. He quickly figured out she lured him there with the intention to sleep with him. The Young and the Restless spoilers say that instead of leaving her apartment, he made love to her — which is why she’s pregnant. At least, that is the story Mia is selling.

Now, Mia puts pressure on Arturo to come clean to Abby. She wants her to know that she did have her fiancée—and she’s having his kid!

After Mia puts pressure on Arturo and fearing Mia would deliver the crushing bomb herself, he comes clean to Abby. The Young and the Restless spoilers state that he tries to rationalize the hookup but Abby refuses to hear it. She cannot believe he would cheat on her in this way.

Abby informs him that her dad, Victor Newman (Eric Braeden) was right about him, and she threatens to “ruin him.” Arturo feels threatened by the threat and relays that info to Mia. Of course, Mia thinks she can handle Abby.

It sounds like it is going to get really ugly between Mia and Abby. The previews show Abby with a hammer in her hand, considering taking it to Arturo’s car. The Y&R spoilers say that something happened between the women and Arturo that will stun Genoa City.

The Young And The Restless Spoilers: Cane Gets A Major Reality Check—Lily Files For Divorce—Lane Over For Good

What do you think happens? Do you think this is karma for Abby since she’s been the other woman so many times? Don’t forget to come back later for more The Young and the Restless (Y&R) spoilers, news, and casting updates!