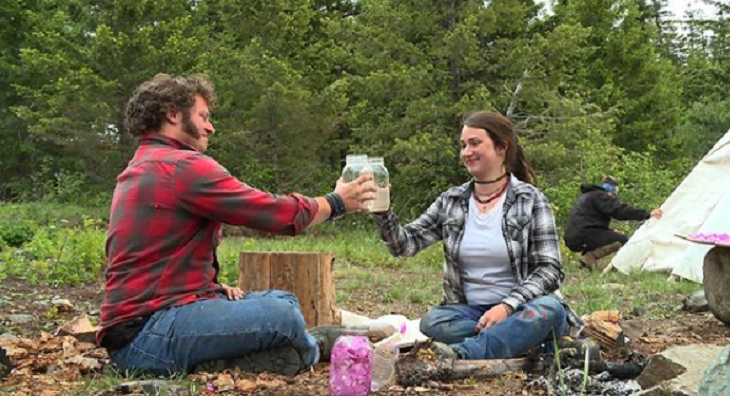 Gabe Brown surprised the Alaskan Bush People fandom with a secret marriage to Raquell Rose Pantilla after dating for less than a year. Raquell has been featured in the newest season of the show, but not much has been revealed yet about her.

Gabe’s sister, Rainy, first became best friends with Raquell when they were in California. Gabe then became friends with her and they became pen pals.

In the latest episode of Alaskan Bush People, Gabe prepared for the arrival of his girlfriend at the mountains. He admitted to his brother Bear that he has too much wilderness in him, so he needs to wash up. Bear helped to groom him.

“I just want to look good and smell good. I’m pretty sure Raquell is not gonna want me stinking!” Gabe, 29, toured Raquell, 22, in the family’s new 400+ acre property in Washington state, which they named North Star ranch.

Things must have gone well for the couple and reports actually emerged in November that they had filed for a marriage license. However, it expired after 30 days without them tying the knot. They re-filed it in December after they were able to prepare their documents, and the couple got married on January 14.

Celebrating their first wedding month and their first anniversary as a couple on Valentine’s Day, Gabe posted a heartfelt message on Instagram, saying how blessed he feels for having Raquell in his life. “Never stop dreaming or hoping. Once upon a time, I was lonely, and sad feeling as though the very spirit that made me, me had faded away as so many things in life do,” he wrote.

His family are also in good terms with Raquell and told People magazine that they are “so thrilled to welcome Raquell to our growing family. She is perfect for Gabe and has a special place in our hearts.”

Raquell reportedly lived with her mother in Minnesota and has two children. She used to have a Twitter account, but it seemed to have been deleted already.

Tune in to Alaskan Bush People Season 9 to find out more about Raquell and Gabe’s relationship.