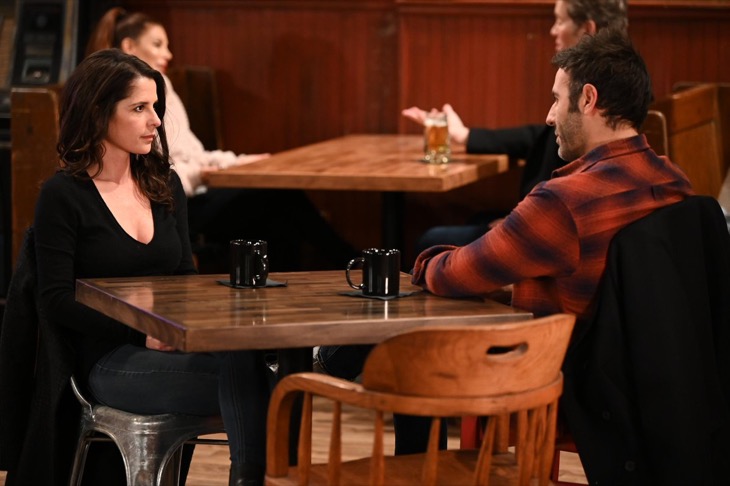 General Hospital (GH) spoilers for the week of Monday, March 25 through Friday, March 29, 2019, reveal people will be pushed to their limits as urgent questions loom. Confessions and sides are made. Disappointment and discouragement reign in Port Charles this week. Shocked and confused, one is able to seek the help they desperately need. GH fans will not want to miss out on a moment of the excitement coming to Port Charles, beginning Monday, March 25!

GH sources tease that DOD cult leader Shiloh (Coby Ryan McLaughlin) will be pushed beyond his limits when he is haunted by the secrets he shares with a person from his past. School Teacher Willow Tait (Katelyn McMullen) has a confession of her own and it may shock several people. Could she finally reveal that Shiloh is the biological father of her deceased son, or is there something far more sinister going on? Meanwhile, Elizabeth Webber (Rebecca Herbst) makes a call to Willow and is about to be reassured of things.

Attorney Alexis Davis (Nancy Lee Grahn) calls upon Police Commissioner Jordan Ashford (Briana Nicole Henry) and you can be sure it has to do with Shiloh and his obsessive control over her daughter, Kristina Davis Corinthos (Lexi Ainsworth); but could the call bring on some undesired effect when Sonny Corinthos (Maurice Benard) meets with Alexis to discuss their current situation? Sam McCall (Kelly Monaco) appears to make a decision on how far she is willing to obey Shiloh and walk away from the love of her life, Jason Morgan (Steve Burton).

Well damn, they actually acknowledged that Drew & Liz used to be a thing once upon a time. And Drew actually being grateful for all that Liz did for him back then? He really has come a long way since being NotJason.#GH pic.twitter.com/rBHnauOOUa

General Hospital spoilers reveal Dante Falconeri (Dominic Zmaprogna) returning to Port Charles may not be all it was cracked up to be. Obviously, he had a fabulous reunion with his family, especially his wife m Lulu Falconeri (Emme Rylan), but the trouble he caused in Turkey could have dire consequences and this week we will see Dante be shocked by current events. Dante continues to go down a dark path as his discouragement continues to grow.

In other GH spoilers, DA Margaux Dawson (Elizabeth Hendrickson) gets some news that makes her extremely happy. Valentin Cassadine (James Patrick Stuart) goes to see the mother of his daughter, Lulu but is it about his upcoming nuptials or something happening in school? Dr. Leisl Obrecht (Kathleen Gati) has something bad nagging at her, but will she solve the problem? Meanwhile, Julian Jerome (William deVry) is able to convince his distraught sister, Ava Jerome (Maura West) to seek professional help. Hopefully, it will take place before she does anything more destructive.

Be sure to tune into ABC’s General Hospital (GH) on Monday, March 25, 2019, to catch up on all these exciting stories happening right now. Check Celebrating the Soaps often for updates, news, rumors, and spoilers!