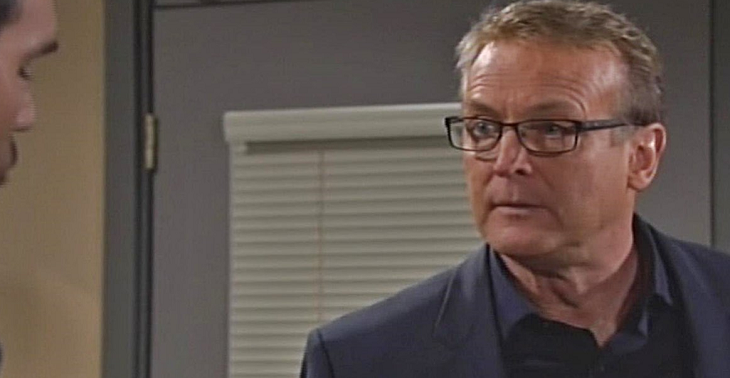 The Young and the Restless (Y&R) spoilers for the week of March 25 tease that there will be lots of drama in Genoa City. Paul Williams (Doug Davidson) is finally back on the canvas. And, Ashley Abbott (Eileen Davidson) returns to shake up the storyline. Finally, the J.T. Hellstrom (Thad Luckinbill) storyline will come to a crash halt. Here’s what you need to know about what’s ahead on Y&R.

The soap opera ended on Wednesday, March 20, with the women being trapped in the Abbott cabin and a gas leak threatening their lives. J.T. grabbed his head and complained about intense pain before passing out. Victoria Newman (Amelia Heinle) tried to wake him before passing out herself from the fumes.

When the week begins, Victor Newman (Eric Braeden) will go looking for his family with Phyllis Abbott (Gina Tognoni) and Nick Newman (Joshua Morrow). They will find the guards that Hellstrom attacked before barging into the cabin and terrifying the women.

The Young and the Restless spoilers state that Victor will save the day. They will send J.T. to the hospital to get checked over since his head was hurting so badly. Will they find out he has a brain tumor?

After Lola Rosales’ (Sasha Calle) successful liver transplant, Kyle Abbott (Michael Mealor) will have to tell her that he married Summer Newman (Hunter King). It isn’t clear if he will tell her he made a deal with her to donate and to make sure she got her liver transplant. But the news will be a complete shock to Lola.

Y&R spoilers say that Arturo Rosales (Jason Canela) will have a confession of his own to make too. He will come clean with Abby Newman (Melissa Ordway) that he slept with Mia Rosales (Noemi Gonzalez) and she’s pregnant with his child. Of course, this will be a hard pill for Abby to swallow after she had told Mia so many times that she could never “get” Arturo again.

However, it works out, Abby will not take the news well. She will threaten Arturo and consider destroying his beautiful car with a hammer. It’s hard to feel sorry for the Newman heiress after all the times she was the other woman.

The Young and the Restless spoilers say that Paul’s return will be emotional for some viewers. He will rage at Rey Rosales (Jordi Vilasuso), presumably about his role in the cover-up crew’s escape from the prison van. He will order him to turn in his badge and his gun. As an added kick to the pants, he will tell him he is disappointed in him, but he understands why he felt the need to help them.

Sharon Newman (Sharon Case) will stand by Rey. It’s clear the show is headed toward a romantic connection between them. They have great chemistry and seem to genuinely care for each other. Later in the week, Rey will ask Sharon out on a date and try to reconnect with her, putting behind them the whole J.T. Hellstrom case.

Are you happy the J.T. fiasco is almost over? Don’t forget to come back later for more The Young and the Restless (Y&R) spoilers, news, and casting updates!