The Bold And The Beautiful Spoilers: Has Bill Spencer Really Changed? Vote In Our Poll! 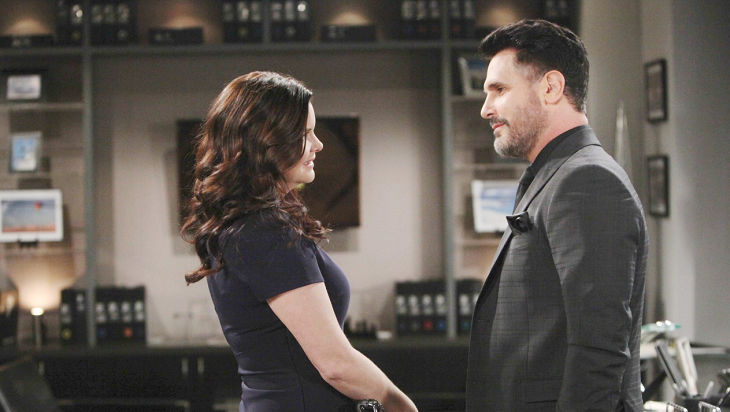 It took a long custody battle and several brushes with dying to convince Bill Spencer (Don Diamont) that he needed to change his ways on The Bold and the Beautiful. He dropped his obsession with Steffy Forrester (Jacqueline MacInnes Wood) and Brooke Logan (Katherine Kelly Lang). He went as far as to take off his sword necklace—something that previously had defined him. Basically, Bill dropped his self-serving ways and embraced a more humble life.

B&B Spoilers— Is Katie The Woman For Him?

Another big shocker for Bill was when Katie gave him another chance, despite the drama between them during the intense custody battle. He is self-aware and knows that he could have really messed up his life. However, Katie is a forgiving woman and he is thankful for that.

RT if you see a future for #Batie! #BoldandBeautiful pic.twitter.com/tR19v00fOp

“He’s in a very introspective place right now, looking at his life, and how much damage was done in the recent past,” Don Diamont said. “I think he’s starting to see that his relationship with Katie Logan (Heather Tom) could have been the greatest thing in his life, had he not behaved a certain way or been the way he was. His perspective has changed dramatically.”

It almost sounds like his feelings for Katie are the classic rebound, but Diamont believes they have a special bond. Katie has seen Bill at his worst –and best for that matter—and she has a way of calling him out on his shenanigans and he listens to her.

Bold And The Beautiful Spoilers — Can Bill Really Change?

The fact is, the new side we are seeing in Bill, isn’t anything new. Katie has seen it many times and that’s why she believes in him when others turn their backs on him. Diamont shares that Bill can be the most caring man and loving to all around him. Then he can be the complete opposite.

In fact, that will be Bill’s battle on Bold and the Beautiful. Can he change for good, or will he slip back to the bratty and selfish Bill Spencer most of the fans know? Vote in our poll below to let us know what you think!

The Bold And The Beautiful Spoilers: Ridge Offers Sally A FC Job– Wyatt Stunned –Refuses To Work With Bill

Don Diamont believes Katie can help him be the best Bill Spencer the show has ever seen. And, for the B&B fans, it would be great to watch him grow as a person.

Don’t forget to come back later for more Bold and the Beautiful (B&B) spoilers, news, and casting updates!