The Young and the Restless Spoilers: Coma Switch – Kyle’s Dilemma Flips– Does He Stay With Summer Or Betray Her For Lola? 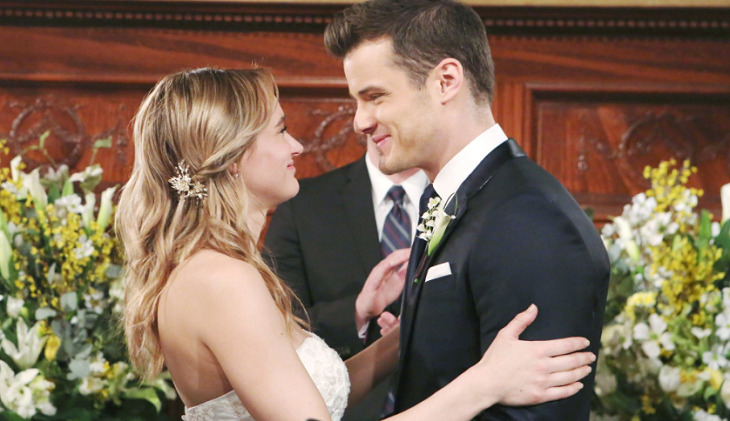 So Lola (Sasha Calle) appears likely to be okay on The Young and the Restless. But Summer (Hunter King) is now in a coma!

Comas involving two women who Kyle (Michael Mealor) claims to love. What would the odds of that be if the junior Abbott lived in the real world, instead of Genoa City? Extraordinarily high is the right answer.

It was rather remarkable that Summer was Lola’s only known liver donation match. But viewers could live with that unlikely fact because Calle’s character needed to be saved, plus the ‘Kola’ and ‘Skyle’ conflict would be heightened.

Y&R Spoilers— Kyle Will Be Conflicted

However, writing Summer into a coma due to the effects of the transplant surgery, just after Lola came out of her state, is very debatable. Yet, hardcore Y&R fans, like those of the other three surviving, iconic broadcast steamers, must digest what’s been given and move forward.

The Summer character underwent a radical transformation upon King’s full-time return to the cast last June. No longer a ‘Snowflake’, the new edition of Summer was all attitude and plenty of trouble.

The Young And The Restless Spoilers– Summer’s Coma Brings Drama

Summer’s resultant coma continues to soften King’s alter ego. Sure, she’s bartered half of her liver for Kyle’s marriage agreement. But by putting her life at risk and now, is not moving smoothly through the transplant operation, Summer has become a far more sympathetic figure than she ever could have been.

Kyle will subsequently be torn. Lola’s feelings will be filled with blended gratitude, concern for Summer’s well-being, and confusion, due to ‘Skyle’s’ completed nuptials.

How long Y&R opts to keep Summer comatose is unknown. But the huge flip that’s taken place within the last week-plus and what is now possible can’t be underestimated. And what if Summer is also pregnant?

Summer and Kyle are married, leaving Lola on the outside. And with whatever Kyle’s plans may, or may not have been regarding the length of his marriage, he won’t be able to turn away from Summer, or fully toward Lola any time soon.

Young And The Restless Coming And Goings: Huge Returns and Fan Favorite Exits