The Young And The Restless Spoilers: Paul And Ashley’s Return To Rock Genoa City– Abbott Shocker Will Stun Everyone! 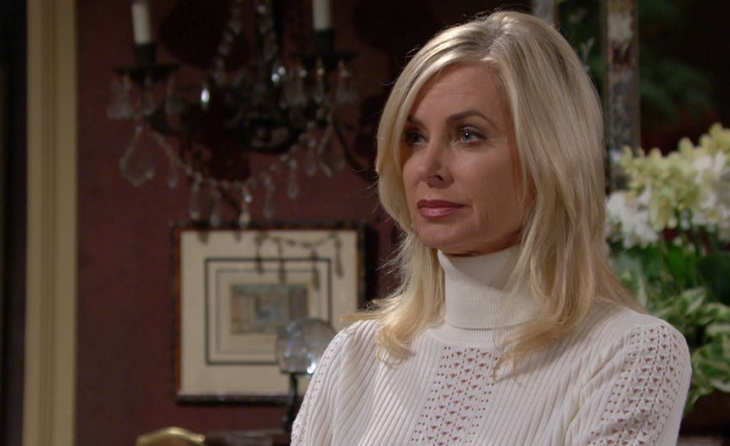 This week, Paul Williams (Doug Davidson) and Ashley Abbott (Eileen Davidson) are up for their huge comeback on The Young and the Restless. Spoilers tease that Paul and Ashley’s return will rock Genoa City.

Paul will put Rey (Jordi Vilasuso) on a hot seat. Rey was not able to perform his duties as a cop well, and he tells Paul it is over for him. He resigns and is going to move on with his life.

Meanwhile, Ashley is also making a brief appearance on The Young and the Restless. The Abbott family is in chaos, which will get worse as Kerry (Alice Hunter) brings in new schemes. Will Ashley be able to help her family get back Jabot and fix their mess?

After taking a break as Ashley since October 29 of last year, Eileen recently revealed she told the show’s new head writer, Josh Griffith, that she’s still open for appearances in The Young and the Restless, Soap Opera Digest said.

“He took me up on my offer! It’s always great to see my Y&R family,” she happily shared.

When she left the show, rumors surfaced that it was because of former head writer Mal Young, who cut off several characters, much to the disappointments of fans and their co-stars alike. But Eileen denied it has something to do with Young.

Y&R spoilers revealed that Eileen will have her two-day stint in the show on March 29 and April 1. Doug will be back onscreen again on March 25.

According to Soap Central, Doug is overwhelmed by the support of his fans for his return. Davidson must be very happy to see that people are still excited to see his character in Y&R. In fact, even Victor Newman (Eric Braeden) shared a picture of himself with Doug and captioned it ‘he’s back!’.

Doug is said to also have been written off the show by Mal Young, to which Eric did not agree with. In fact, Eric himself asked the show’s producers to stop writing off good characters, reports say.

The Young and the Restless Spoilers: Coma Switch – Kyle’s Dilemma Flips– Does He Stay With Summer Or Betray Her For Lola?