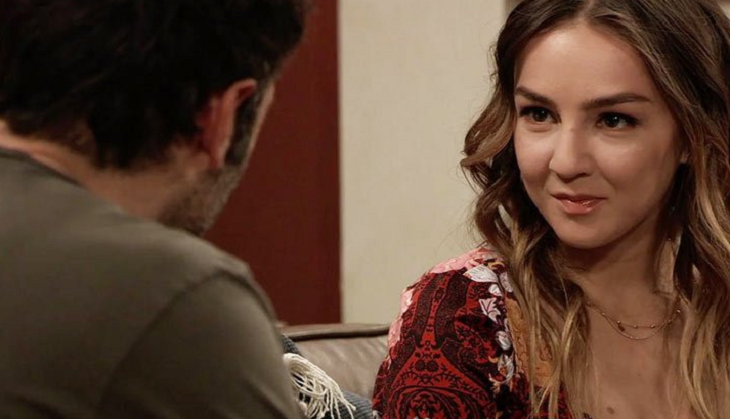 General Hospital’s Shiloh Archer (Coby Ryan McLaughlin) wants Kristina Corinthos-Davis (Lexi Ainsworth) to reveal a secret that would change how everyone would feel about her or a family member to join the DOD inner circle. Kristina’s pursuit of her college professor wasn’t enough to satisfy his desires. Since Kristina doesn’t have any more secrets to reveal, who will she betray to appease Shiloh?

GH Spoilers—Molly Is Not A Likely Victim

General Hospital’s Molly Lansing-Davis (Haley Pullos) is the least messed up of Kristina’s family and doesn’t have any shocking skeleton’s in her closet. Kristina couldn’t even bring up sex with Molly and T.J. because she exposed that secret to the entire family some time ago. Molly has probably never cheated on a test or anything else so trivial, so she is safe from the “lets rat someone out to Shiloh list.”

General Hospital’s Dante Falconeri (Dominic Zamprogna) revealed in open court that Michael Corinthos III killed his stepmother, Claudia Corinthos (Sarah Brown). A crime that Michael went to prison for where an inmate raped him that Jason Morgan (Steve Burton) later killed. Michael’s conviction is a matter of public knowledge, and there is nothing else Kristina tells about him which excludes Michael as her secret.

General Hospital’s Sonny Corinthos (Maurice Benard) is a mob boss; everyone knows that. There is nothing about Sonny or his business that Kristina could expose about him or his industry. Kristina has only been associated with Sonny’s legitimate businesses so she doesn’t know any inside secrets about him that would be damaging. Sonny can be marked off that list as well.

General Hospital’s Kristina has no damaging information on Sam McCall (Kelly Monaco), and since she is pretending to join DOD, Sam isn’t going to alienate her because she has cut off the rest of her family. Unless Kristina gets jealous over Shiloh, she’s not going to do anything that would make Sam look bad to anyone associated with DOD. Sam can be removed from the list as well.

General Hospital’s Alexis Davis (Nancy Lee Grahn) has one huge secret that the public doesn’t know. Julian Jerome (William DeVry) covered for Alexis when she hit him with her car. Of course, Julian used the information against to get her to do what he wanted. Spoilers suggest that Kristina betrays Alexis, so will she reveal this information to DOD? If Kristina does talk, what consequences will Alexis face if the news gets out?

Kristina is willing to do anything to please Shiloh and doesn’t care who she hurts in the process. Will Kristina do something she will regret when the truth about Shiloh and DOD comes out? Vote in our poll below and tell us who you think she will betray to join DoD.