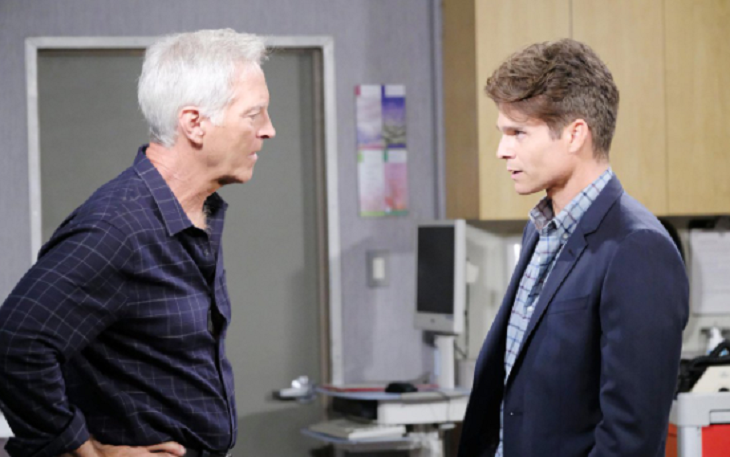 After a year of playing Leo Stark, Greg Rikaart is leaving Days of Our Lives. Rikaart announced on Twitter that it was a wrap for Leo and thanked his fans. “That’s a wrap on Leo. Thanks for all the love. Playing this role has been a gift. An absurdly fun and delicious gift,” he wrote.

Days’ viewers saw him last as he walks out of the Kiriakis mansion and hopefully out of Will Horton (Chandler Massey) and Sonny Kiriakis’ (Freddie Smith) life for good. But that was not before he gives Will a Greek curse called Mati, and tells them how it works.

That’s a wrap on Leo. Thanks for all the love. Playing this role has been a gift. An absurdly fun and delicious gift. #DAYS

“It’s simple really. You glare at someone like I did to young William here. Next thing you know, he’s going to develop a small headache. Things will go from bad to worse, until ultimately your entire life falls apart, which I sincerely hope it does. Now if you’ll excuse me, I’m going to blow this popsicle stand,” Leo told them.

In the latest #DAYS, Leo and Diana have a spat.https://t.co/ZsCmioRrzb pic.twitter.com/fj0Edj2wRO

While Will was shaken, Sonny assured him that Leo was not a witch. Instead, he points out that Leo has finally signed the annulment papers and so they are now free to be together again. However, after a while, Will felt he’s having a headache, and sooner, he’s collapsed and Sonny is freaking out.

“Back at ya, Eric. Kissing you was one of the highlights of both of our careers. I’m certain of it,” Rikaart said.

Brandon Barash, who just took over the role of Stefan DiMera after Tyler Christopher’s departure, also wrote, “So much fun playing pretend w you, albeit briefly. Look forward to the next time!”

Now that Rikaart is out of Days of Our Lives, fans are hoping he heading back to Genoa City to reprise his role as Kevin Fisher on “The Young and the Restless.” With several of former Y&R head writer Mal Young’s decisions being reversed on the CBS soap, it is a huge possibility that Kevin will return to the canvas.

Days Of Our Lives Spoilers: Could Ted Be Leo’s Father?

Don’t forget to come back to Hollywood Hiccups later for more Days of Our Lives (DOOL) spoilers, news, and casting updates!