The Young And The Restless Poll: How Would Y&R Fans Rewrite The J.T. Storyline? Vote Now! 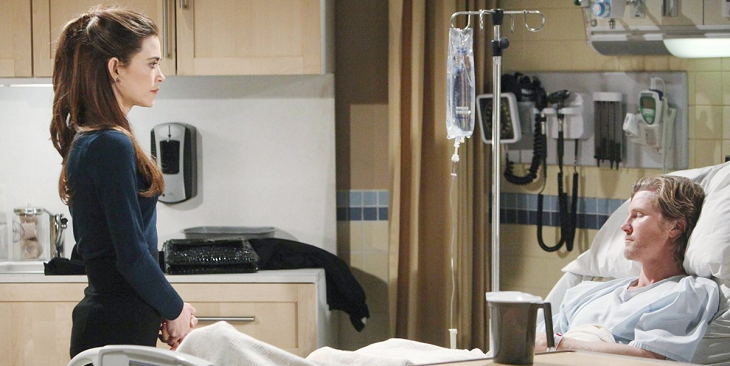 Imagine it’s a more than a year ago on The Young and the Restless and you, the reader, who’s a devoted viewer of this iconic soap opera, also has the deciding vote in Y&R’s writer’s room. Start from that point in time, long before J.T. (Thad Luckinbill) was apparently killed by Nikki (Melody Thomas Scott) on April 13, 2018, and all else followed.

Okay, everyone has discussed having J.T. go rogue, due to the effects of career setbacks and because he still holds Victor (Eric Braeden) responsible for Colleen’s (Tammin Sursok) death. Of course, Tracey (Beth Maitland) donated her daughter’s heart to the ‘Moustache’, making the proposed plan to have J.T. go after Victor illogical because part of Colleen is living inside Braeden’s character.

One option would be to not ask Luckinbill to have returned at all if this is the only storyline route that would enable him to come back. Though that would have denied viewers a chance at seeing this character, even with him then being written dark.

A different tact would have had this solid actor agree to return and play the hero, defending Victoria (Amelia Heinle) from whoever her alternative assailant would have been. Luckinbill agreed to play the villain, so maybe this offer wouldn’t have been accepted. But let’s make this strategy as palatable as possible and see what he says.

Y&R Spoilers— Thad Only Wanted To Return If J.T. Was A Bad Guy

Okay, Luckinbill will only return if we turn J.T. bad. In this instance, we’ll gather a group of unlikely accomplices, dub them the ‘Girls Night In Gang’, the ‘Coverup Crew’, the ‘Fearsome Foursome’, or some other catchy nickname that can be hash-tagged on social media to promote the storyline.

We’ll have Nikki, Sharon (Sharon Case), and Phyllis (Gina Tognoni) burst into Victoria’s bedroom after J.T. has broken into the house through an upstairs window. Nikki will hit him on the head with a fireplace poker, the ladies will transport the body to Chancellor Park in a rug, and they’ll bury him in a shallow grave they dug.

This group will be caught by Paul (Doug Davidson) and his new detective, Ray (Jordi Vilasuso), who’ll confirm J.T. is dead, and legal matters will play out from there.

Young And The Restless Spoilers— How would You Bring J.T. Back?

Wait, what about this? J.T. can be written dark. His health issues are revealed by him to the audience early on, but to no one else. He’s killed by Nikki, is buried in Chancellor Park, and a year later we reveal he never died.

There are plenty of other possibilities. As all soap fans know, it’s easy to second guess any arc, especially one that’s run as long as this one has.

Fans of The Young and the Restless rightfully express their opinions on a regular basis. So, how would you rewrite the J.T. storyline? Please vote in our poll below!