The Young and the Restless Spoilers: Lola Thanks Summer– Accepts Defeat And Swears To Stay Away From Kyle 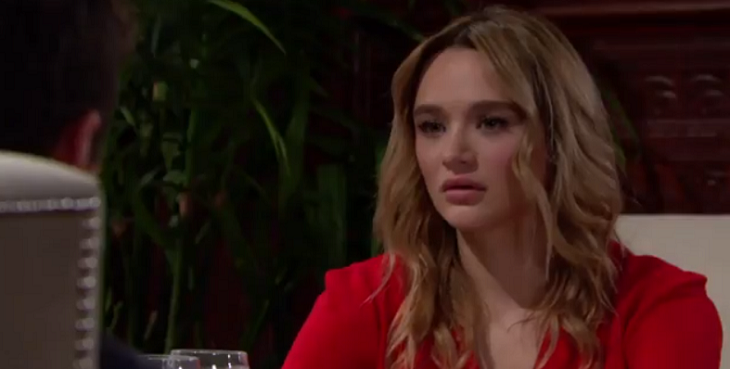 The Young and the Restless (Y&R) spoilers for the week of March 25 tease that Lola Rosales (Sasha Calle) will be the bigger person with Summer Newman (Hunter King). Lola will visit Summer and thank her for saving her life. And, she will let her know that she is walking away from Kyle Abbott (Michael Mealor). Here’s what you need to know about what’s ahead on Y&R.

There’s no question that Lola is thankful to Summer for saving her life. Without Summer donating part of her liver, she might have died. Y&R spoilers say that Summer gave Lola a second chance. And, Lola has a hard time coming to terms with that.

The woman she believed was selfish and a mean girl to the core ended up saving her life. However, it cost her Kyle in the process. And, Lola has to remind herself that Kyle is now a married man and he isn’t available to her.

The Young and the Restless spoilers say that Summer lets Lola know that it was the right thing to do. And, she said no thank you is needed. She wanted to help.

For the past few months, the young women have been battling each other for Kyle’s affection. They have traded insults with the hope the other one would look ridiculous and give them an edge in Kyle’s eyes. And, now, Summer won the ultimate prize.

Y&R spoilers state that Summer will admit to Lola that Kyle married her, but he did it for love. And, it wasn’t love he was feeling for her –that was reserved for Lola. He wanted to save her life and he thought that was the only way Summer would agree to donate part of her liver.

By the end of their chat, Lola will agree to stay away from Kyle and respect his marriage to Summer. However, can Kyle really stay away from Lola – the girl he claims to love? That will be the question!