The Young And The Restless Spoilers: Rey’s A Newman Hero — Will He End Up With A Victor Job Offer? 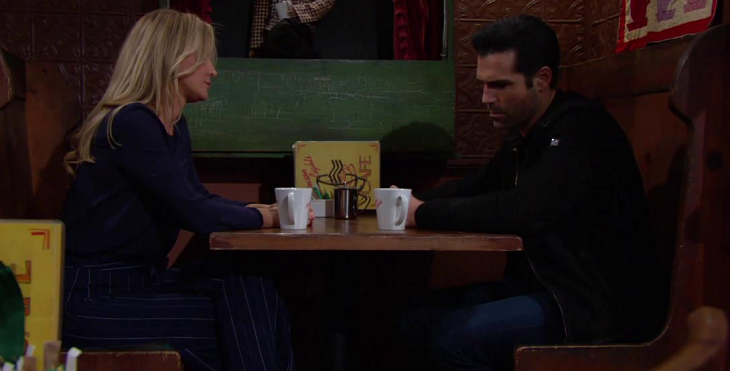 Victor (Eric Braeden) took notice of Rey’s (Jordi Vilasuso) choice on The Young and the Restless. When asked by Christine (Lauralee Bell), Detective Rosales advised that it was his idea to set a trap for J.T. Hellstrom (Thad Luckinbill).

Those involved and the audience knew that Nick (Joshua Morrow) and Billy (Jason Thompson) developed and implemented the scheme to lure J.T. to the Abbott cabin. Their plans went awry but still succeeded. That outcome resulted in the ‘Coverup Trio’ likely have some, most, or all of their collective convictions and prison sentences altered.

By taking responsibility for what happened, Rey knowingly was protecting Nick, Billy, and the ladies. Victor ranks with, or at the top, of the fiercest family protectors in all of Genoa City. That’s why he’s seeing Rey in a far different light than was true until now.

Paul’s (Doug Davidson) write-back into the show is purposeful, as he’s taking charge of the investigation. Along with that comes a full, verbal dress down of his lead investigator in this ongoing J.T. case.

Nikki is back where she belongs. ❤️ #YR pic.twitter.com/utNrLgzNdS

Young And The Restless Spoilers– Paul Returns To Fire Rey

Yes, Paul returns like a house on fire. It would have been too much to write, ranch on fire, even though Sharon (Sharon Case) is the main reason why Rey took the actions he did. That’s a soap fan insider’s joke about Sharon’s torching of the Newman Ranch in the past, for newer viewers who may not have recognized the reference.

Rey’s not surprised when his boss demands his gun and badge as a result of purposely bending and breaking the law. Just think, Paul doesn’t know about the details Rey’s withheld about Mia’s (Noemi Gonzalez) criminal actions, either.

Longtime Y&R fans know that Victor takes kindly to those who help his family. So if Rey has truly worked his last shift at the GC Police Department, then fans shouldn’t be surprised if he gains some type of employment at Newman Enterprises.

While Nick is grateful, he’s just become a romantic free agent. So Morrow’s character and Rey will surely continue butting heads where Sharon’s best interests are concerned. But having Victor’s favorability should prove valuable to Rey’s employment matters unless Paul has a change of heart and keeps the detective around.